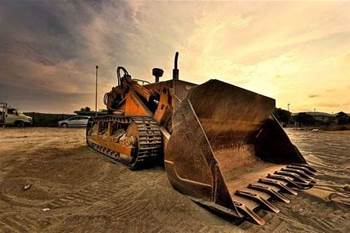 Adelaide City Council has made it clear it will take no prisoners in its “lean and mean” migration to Azure and AWS, as it eyes a 50 percent-plus reduction in the amount of data it needs to host.

The council’s infrastructure boss David Carroll called the move to a hybrid cloud environment, enabled by Equinix's cloud connect, a once-in-a-generation opportunity to future-proof his organisation.

“We had to take a greenfields approach,” he told the Future IT Infrastructure forum in Melbourne.

“Forget about everything you know and let’s start again."

Accordingly, he has banned the kind of lift-and-shift cloud migration many of his colleagues in the South Australian local government haved opted for to instead go "back to the drawing board” with a deep-dive reassessment of his information architecture.

“We decided we would review all existing systems layer by layer. We are looking at every application, its architecture, how it functions, and rearchitecting it if we need to," Carroll said.

“We are not necessarily going to accept what a vendor says they will and will not support. We have decided to take a bit of this responsibility in house."

For example, Adelaide City has decided to completely restructure its Chris21 payroll system to avoid moving 21 years’ worth of staff data, amounting to 90GB, to the cloud - even though its vendor has pulled support in response to the overhaul.

The rearchitecture has allowed the council to leverage its SQL database as platform-as-a-service so it can stop forking out too much for on-premise SQL licences.

"When we asked the business, they actually said they only really need the current year’s information," Carroll said.

“We do have to keep the other 21 years legislatively … but it doesn’t have to be available in the prime system. It can be in other places."

To dodge any unnecessary cloud fees, Carroll has decided to keep 12 months worth of Chris21 information in the public cloud for easy web access by HR staff, while moving the legacy information into Excel spreadsheets, text files and PDFs in the council’s records management system in order to satisfy record-keeping legislation.

Alongside Chris21, the council has so far shifted its HR services, staff directory, email, data management platform, and terminal services to the new infrastructure.

Then there are the systems Carroll says might not even survive the cull, like a 1998 fuel pump management system already too old for the cloud, or anything that requires a USB for licence management.

“It is 2016 and I have systems in there that require a USB dongle to manage the licences. They’re in the ‘too be assessed’ pile at this point in time,” he said.

Adelaide City Council also has ownership of the city’s entire CCTV network infrastructure, which Carroll said will sit on the same hardware for at least another couple of years until the existing deals expire.

For the team, the adoption of public cloud is all about “starving the dollar meter” in the name of South Australia’s ratepayers.

“If I have got 29 terabytes of data in total, I’m hoping to move less than half of that to the cloud," Carroll sid.

“That’s about doing record keeping and storage a lot better.”

The council has started with Microsoft Azure, but Carroll said he was ready to be "poached" by any other cloud provider at a moments notice if they can offer more competitive pricing.

The use of Equinix's cloud connect service will enable the council to switch infrastructure like consumers can port between phone carriers today, he said.

This project has been named a finalist in the state and local government category of the iTnews Benchmark Awards 2017. View the full list of finalists here.