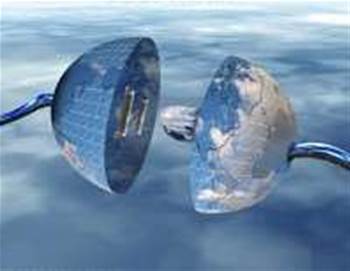 South Australian-based ISP, Adam Internet, is jumping on the Naked DSL bandwagon, announcing it will launch its Unconditioned Local Loop (ULL) broadband service in early 2008, just as soon as it resolves its current issues with Telstra before year's end.

Dubbed ‘naked DSL’, the ULL service will remove the need for Adam Internet customers to rent a traditional fixed line from Telstra, directly through their ISP.

“Naked DSL is already available to our business customers, who are packaging the service with our VoIP product AdamTalk," said Greg Hicks, chairman at Adam. "But with our dispute with Telstra now only weeks away from settling, we are anticipating offering ULL to our residential customers as well.”

According to Hicks, the expected resolution of its dispute with Telstra over access to its national copper network means it will again be free to offer its customers technology at better rates.

“Historically, ISPs have only been able to provide broadband ADSL services if an associated landline was also rented at a cost of more than $20 per month. However, with the unveiling of Adam Internet’s ULL technology, DSL will now be offered to customers without the requirement that they commit to a Telstra landline service,” Hicks said.

Adam Internet’s naked DSL technology, which has been trialled with both residential and business customers, will be available in early 2008. The associated pricing structure will be released to the market shortly, he said.

AdamTalk VoIP services are currently available to all Adam Internet ADSL customers for a $5 monthly fee.

The service provides untimed local and STD calls for as low as 12 cents - up to 60 per cent cheaper than the rates offered by traditional phone carriers. The $5 monthly fee includes $5 call credit, equating to more than 40 local and national untimed fixed line calls, as well as free calls to other AdamTalk customers.