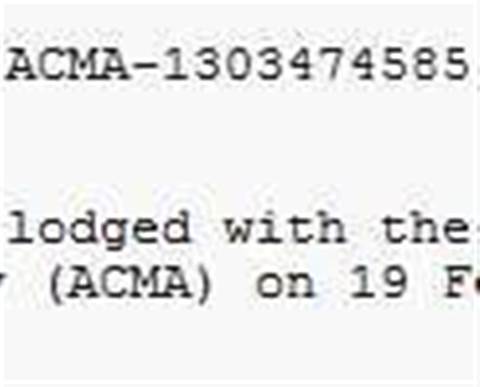 The Wikipedia page for the Australian Communications and Media Authority holds a link to a site on the authority's blacklist in a further test to the regulator's ability to censor the internet.

Within days, a loose coalition of Australian activists hope to prove that filtering the internet by a blacklist is flawed.

In the middle of last month, an anti-filtering activist who spoke to iTnews on condition of anonymity, made official complaints to ACMA against sites that test the grey areas of the authority's classification guidelines.

One was an anti-abortion site that had pictures of aborted foetuses. The authority added it to its blacklist.

Under the authority's guidelines, a page that links to prohibited content is also considered prohibited. The activists tested the legal boundaries by posting a link to the abortion site in a forum entry on broadband user group site Whirlpool.

The authority served Whirlpool's host, Bulletproof Networks, with a "link deletion notice", threatening the provider with an $11,000 fine if the link was not removed by 6pm the next business day.

In documents seen by iTnews, an article on Wikileaks that lists sites censored by Danish ISPs was this week added to the blacklist.

In an attempt to check the authority's boundaries, activists are linking to these blacklisted sites from legitimate pages in Australia and overseas by big and reputable organisations.

They have linked directly to the anti-abortion page from ACMA's own Wikipedia entry under the "Internet Censorship and Criticism" section.

The activist who spoke to iTnews, a Sydney student, said some Wikipedia users were attempting to remove the link.

At the time of publication, the link still exists.

ACMA is now placed in a sticky situation, the activist said.

"It can't issue a removal order to Whirlpool for linking to an anti-abortion site, but not take equivalent action against Wikipedia," the activist told iTnews.

"If ACMA blacklists their own Wikipedia page, well that says it all doesn't it? If they don't, that is a very, very strong reason to call them hypocrites for making vastly different responses to two sites linking to the very same material."