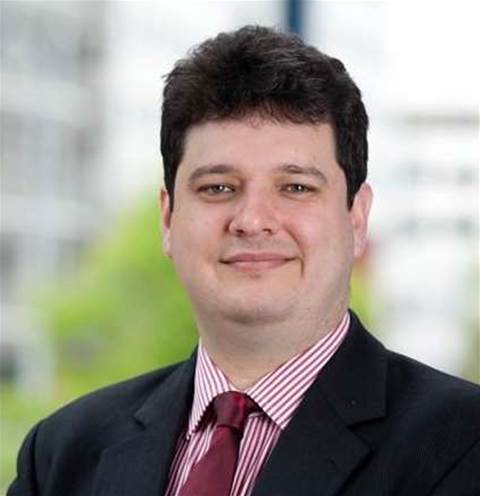 O'Halloran first joined the blood authority in 2008 as its director of corporate services, a remit that included IT.

He was quickly appointed the organisation's first-ever chief information officer the following year, handing him responsibility for IT services for both internal and external users.

A hallmark of his tenure was the delivery of the BloodNet online blood supply chain system that is now used by over 400 hospitals nationwide each day.

The system went live last year and offers a single interface connecting databases used in hospitals and pathology labs across the country, to provide a real-time view of the nation's blood stores.

It has resulted in a $10 million reduction in blood wastage each year, and won O'Halloran the healthcare category and the overall CIO of the year trophy at last year's iTnews Benchmark Awards.

O'Halloran's delivery of the myABDR application in the year prior - which created the foundations of BloodNet - also won him the healthcare category award in 2015. The app interfaces with the Australian Bleeding Disorders Registry to allow patients to track their symptoms and treatment, and doctors to use the data to uncover new ways to treat patients.

On 8 September he will move to ACT Health's offices to start in his new role as chief information officer overseeing the territory's health system. O'Halloran will report into the deputy director general of the department.

ACT Health has been searching for a CIO since Judy Redmond's departure late last year.

O'Halloran will be responsible for all aspects of IT for the department as well as the Canberra hospital network.

"At the NBA we provide systems that were essential but only touched part of a hospital. At ACT Health the IT services touch every aspect of the patient journey," O'Halloran said.

"It'll be a good challenge to be able to work more with patients and provide services and systems that improve their care. Hopefully I'll get to have a much greater impact on the lives of all Canberra residents."

The National Blood Authority has been contacted for detail on its plans for O'Halloran's replacement.