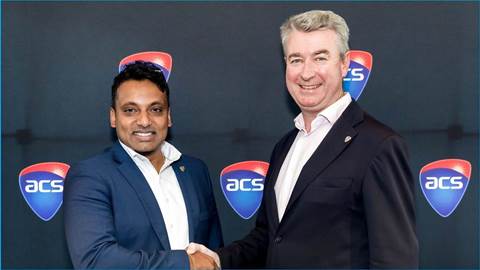 It seems there’s never a dull moment at the top of the nation’s biggest professional organisation for technologists, the Australian Computer Society.

After a drifting without a leader amid an internal insurrection over a legally questionable corporate restructure, the NSW government’s chief data scientist Dr Ian Oppermann has been elected the new president of the group as it tries to sooth tensions among members.

Regarded as level-headed, entrepreneurial and forward thinking, the election of Oppermann will have many of the ACS’ members hoping for a period of relative stability after previous president Yohan Ramasundara’s bid to further corporatise the entity blew up mid-flight.

The bid to tighten control of the organisation and bring it under the purview of corporate regulator ASIC sparked a revolt among long-term members who questioned not only how the benefits of the new structure would flow, but the voting process that got the changes up.

On Tuesday, the Federal Court effectively drew a line through how the ACS’ previous leadership had conducted the ballot, including proxy votes, going as far as to award costs to longstanding ACS member and respected privacy advocate, Roger Clarke.

Ironically, one of the points on how the ACS had communicated – or failed to communicate – the proposed corporatisation to members was that members who opted out of receiving its steady stream of commercial marketing emails were not notified of the changes.

The question many ACS members will now be asking themselves is whether Oppermann will have sufficient numbers to heal the rift in the ACS and keep a lid on further destructive forays.

As one of Australia’s leading big data boffins, Oppermann  – a veteran of CSIRO with a track record of bringing product to market – will restore a degree of grass roots caché and policy clout to the role of ACS president amid a fractious landscape of tech sector lobby groups.

A persistent frustration among policymakers, both in Canberra and at a state level, has been the lack of a consistent or common agenda between tech lobby groups.

And that’s before other more specialised groups like those representing start-ups and fintechs et al come into play.

Not to mention outspoken locally spawned vendors like Atlassian – which has made an art of not only shaming the current government on climate change (to the persistent irritation of the Coalition) but making dressed-down casual tech chic a corporate fashion trend.

Having contributed significantly to the NSW government’s arguably nation-leading application of technology and data for the public good – Oppermann literally creates the hard evidence for evidence-based-policy – the new ACS chief should carry reasonable clout when advocating.

According to the ACS, Oppermann’s term commences immediately and will run until 31st December 2021.

At the changing of the guard ceremony, it was all smiles and platitudes as the ACS executive dusted itself off and put on a brave face .

“He worked diligently to continue the journey of the ACS towards greater impact and relevance to Australia.”