Acer: We are not ditching netbooks 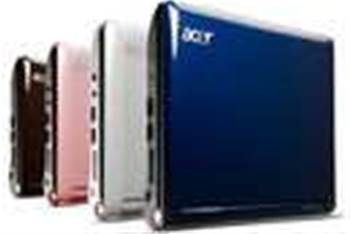 Room for netbooks and tablets.

Acer has felt compelled to let the world know it will not be dropping netbook plans in favour of tablets.

A senior employee at Acer had earlier reportedly said the manufacturer would be leaving the netbook segment to focus on tablets, as that was where the market was heading.

“Acer recognises that the computer market is changing: As PCs are no longer used to only create content but are more and more becoming consumption tools, new devices and new form factors are appearing,” the manufacturer said in a statement.

“This means the range of devices available to users is getting wider and tablets are just another piece of the mosaic. Therefore they will find their space next to netbooks and notebooks, without taking over.”

The company, maker of three tablets, also stressed any devices based on Sandy Bridge “are not foreseen yet.”

Acer’s tablets, all of which are expected to be available this year, include two Android models and one based on Windows.

IDC figures released earlier this month showed Acer was the number three PC manufacturer when it came to shipments.

Shipments had fallen sharply in the fourth quarter and IDC cited reduced interest in low-cost netbooks as a cause of the decline.

Got a news tip for our journalists? Share it with us anonymously here.
Copyright © ITPro, Dennis Publishing
Tags:
acerhardwarenetbookstablets