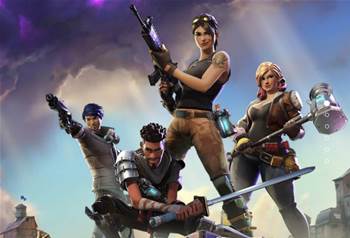 Seeks admission as an amicus curiae.

The Australian Competition and Consumer Commission (ACCC) has offered its assistance to the Full Federal Court in local proceedings filed by Epic Games against Apple.

The court stoush is an extension of similar action in the United States, where Epic has accused Apple of anti-competitive practices in the way it allows in-app payment and in the cut it takes as a commission.

A stay on the Australian proceedings was granted last month over a jurisdictional issue for where disputes between the two parties should be heard.

However, Epic has appealed the stay, and an expedited hearing before the Full Federal Court has been set for June 9.

The ACCC has now sought leave to appear in the appeal as a ‘friend of the Court’, or amicus curiae. However, the commission said it would not seek to become a party to the proceedings.

“The ACCC has taken the unusual step of seeking leave to appear in this appeal because the stay application raises significant public policy issues about which, as the statutory agency responsible for administering Australia’s competition law, we believe we can be of assistance to the Court,” ACCC chair Rod Sims said.

“This is a case filed in an Australian Court involving Australian consumers and raising significant issues under Australia’s competition laws.

“We believe it is in the public interest for significant competition law cases such as this case to be determined by Australian courts, given the outcome of such cases can have significant implications for the broader Australian economy.”

Sims has previously indicated that the ACCC would follow the Epic-Apple stoush closely, seeing it as a key test of local competition laws.

‘Friend of the court’ applications have previously been made in important technology cases in Australia, such as the case between iiNet and the film industry back in 2009.