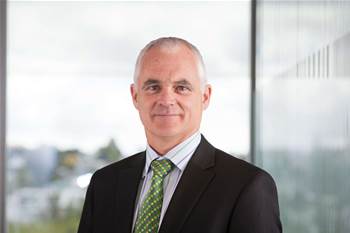 The Australian telco saw revenue for the first half of the 2013 financial year fall from NZ$348 million (A$282.6 million) to NZ$242 million (A$196.5 million), compared to the same period in the previous financial year.

Earnings before income tax, depreciation and amortisation dropped 10 percent, from NZ$40 million (A$32.5 million) to NZ$36 million (A$29.2 million).

"AAPT's revenue has declined primarily due to a conscious decision to exit some low-margin customer relationships," a Telecom NZ spokesperson told iTnews.

Telecom NZ said AAPT is an area of concern, facing "a tough operating environment" that is also highly competitive.

Despite significant reductions — NZ$107 million (A$86.8 million), including transit — in its cost base, AAPT faces further expenditure limits.

Job losses at AAPT may be on the cards too as part of business simplification and cost reduction iniatives throughout the Telecom group, the spokesperson said.

"Without sugar-coating it, job cuts will run into the hundreds," Telecom NZ CEO Simon Moutter said.

AAPT, which bought DSL provider Nextep in November last year, will continue to focus on cutting costs and keeping customers, and is expected to be EBITDA neutral for the full 2013 financial year. 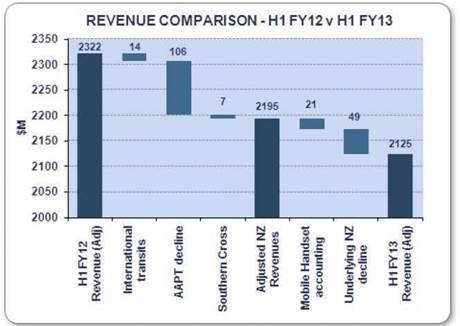 Telecom’s ICT services division Gen-i, which operates in New Zealand and Australia, also came under pressure last year from competitors pricing themselves lower, and will be exiting low margin business and slashing costs.

Declining calling rates, low margins on entry-level broadband, wholesale customers seeking savings and a stubbornly uncompetitive cost base were cited by Moutter and the company's chief financial officer Nick Olsen as the reason for unexciting figures.