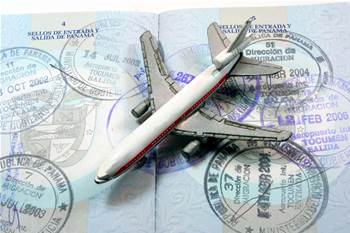 The Committee for Economic Development of Australia has said that constant changes to temporary skilled migration schemes like the 457 visa have been perhaps more harmful than the visas themselves.

In a report released yesterday, titled “Effects of temporary migration”, the committee (CEDA) concluded that “key concerns around temporary skilled migration, such as impacts on local workers as a result of visas such as the 482 and its predecessor the 457, are unfounded.”

“The average base salary for a skilled temporary visa holder is quite high at $95,000, meaning these workers are unlikely to undercut local employment terms and conditions,” said CEDA CEO Melinda Cilento. “In addition, they are a small group, with temporary skilled migrants of working age accounting for less than one per cent of Australia’s labour force.”

But skilled temporary migrants are important to Australia’s tech sector: the top two occupations recruited from overseas in 2017-18 were developers and ICT business analysts.

Cilento then said that changes to visas for temporary migrants have proven harmful to local business. She labelled recent policy “unpredictable change” and said it has had the effect of “undermining the ability of business to undertake workforce planning with certainty.

“At a time when more businesses are finding it difficult to source the skills they need, strengthening and providing greater transparency and certainty around temporary skilled migration would support business investment and productivity,” Cilento said.

Temporary migration has often been used by the tech sector to alleviate skills shortages. Opponents of the practice had a win in late 2018 when Indian outsourcer Infosys made a mass hire of locals and graduates after the visa was abolished.

But in the report (PDF), CEDA pointed to supply and demand as a justification for temporary migration and highlighted the technology sector’s needs.

The report found “there are long-term demands coming down the pipeline that look impossible to meet without temporary skilled migration. For example, Australia will need 18,000 more cyber security workers by 2026, against current supply of 500 graduates a year.”

The report makes other arguments for temporary migration, citing a surge of 6,000 skilled workers as helping the resources industry to cope with the last mining boom and therefore contributing to the buoyant economic conditions Australia enjoyed as the GFC ravaged much of the rest of the world. And those conditions, the report argued, brought more backpackers and students who themselves contributed to the economy.

“Temporary migrants also contribute to the economy by paying taxes and spending in the communities in which they live, increasing demand for goods and services and supporting local economic activity and jobs,” Cilento said.

“These engineers built up Cochlear’s advanced manufacturing skill base to the point that it has a stable Australian workforce.”

But the report nonetheless calls for improvement of temporary skilled migration schemes.

“Further work is needed to improve the development of skilled occupation lists to enhance confidence and ensure that lists are as reflective as possible of genuine skills shortages in the economy,” the report says. There’s also a call for “a dedicated streamlined path for intra-company transfers [that] would better promote the international competitiveness of multinational companies in Australia by giving companies greater flexibility in how they source and develop their best global talent.” And please many tech companies along the way!