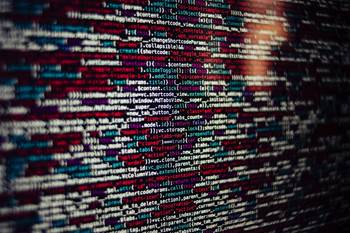 The decision to do so was as part of Genworth’s efforts to transform the business through innovative digital technologies, Genworth chief operating officer, Jeremy Francis, said. “We know that taking a low-code approach to application development is a significant step towards building agility,” he said.

As a leading provider of lenders mortgage insurance (LMI), Genworth saw value in strengthening its digital transformation through digitally enabled initiatives. “We had already made some investments in technology, particularly around API, cloud and artificial intelligence,” Francis said. “The low-code solution was the final step in bringing those technologies together, to ensure a consistent experience for our customers.”

Genworth’s loss management solution was identified as the opportunity for low-code development. The primary reason it was chosen was due to its ‘process-heavy’ framework and inefficiencies, which made it an ideal target for transformation.

The low-code approach allowed Genworth to develop and deploy the new application which generated results instantly. The team researched how low-code had been successfully applied in other regulated sectors such as government. This was a pivotal stage as information security is critical. “With any large transformation project that involves replacing a system that's been in place for sometime, information security and risk management needs to be carefully considered and assessed,” Francis said.

The Appian rollout has resulted in more control for Genworth developers. “The low-code implementation has allowed us to manage the development process ourselves, enabling decision-making around how we manage data. This creates an opportunity to consider new and innovative solutions which drives the organisational agility agenda,” Francis said.

An additional benefit of the introduction of low-code is the ability to manage the solution with a smaller team. “Low-code is part of our innovation strategy to manage the talent challenges that organisations are currently facing. We can transform swiftly, and don’t have to go and bring in a whole team of full stack developers to build our platform.  The ability to train people quickly on the platform and have them contributing to projects within a few weeks is refreshing and revolutionary,” Francis said.

Speed is also a consideration and through low-code development, Genworth can now deploy code several times per week, compared to code releases once a month. This has been instrumental to the business transforming and reducing platform operating costs by 50 per cent.

Genworth plans to overhaul more of its applications using the same low-code platform. Francis doesn’t expect low-code development to solve every software challenge, however, it can support lifting transaction-heavy processes which can help the organisation respond more effectively to customers.

“We're a B2B organisation, and our business customers are constantly adapting to be flexible for their customers. So, we need to also be responsive.” Francis said. “That means that if they want to move quickly, we also need to respond and move with speed. We've not been able to do that as well as we've liked in the past. Now, we can turn things around based on customer demand.”

“We are invested in understanding the challenges and opportunities facing our customers to continuously improve our offering and evolve the role we play in creating a digital organisation. Our strategy is to lead by example and be a benchmark for other organisations to follow” Francis said.