We’re saving a seat for you 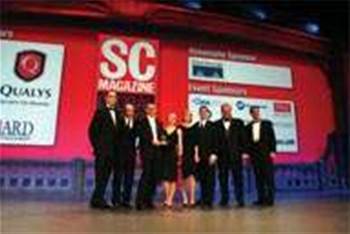 After co-chairs on our judging panels in both the U.S. and U.K. cast their final votes this month, all that will be left to do is to announce winners at the SC Magazine Awards U.S. program in February – an event you don't want to miss.

All of the victors will be announced during a dinner and ceremony at the RSA Conference on February 14, 2006 at the Fairmont Hotel, San Jose, Calif. During the SC Magazine Awards U.K., which is scheduled for April 25, 2006 in London, those winning the titles of Best Global Security Company and the Best New Security Solution will be announced.

The SC Magazine Global Awards program is the information security industry's biggest and most respected awards plan. It is a recognized mark of excellence for all finalists and winners.

A change to the Reader Trust section of the program occurred this year. As part of SC Magazine Awards U.S. program, readers were able to elect the finalists in each of 35 awards categories, which are sorted into eight groupings overall. This year's judges (see sidebar) reviewed the top five in each of these groupings to choose eight overall winners.

Finalists in these categories, as well as in both the Excellence and Professionals Awards categories, were announced last month. To hear who wins overall, you'll have to hit February's event. For more information about the SC Magazine Awards 2006, please visit www.scawards.com. To inquire about available seats, please contact event manager, Jennifer Burke directly at 646-638-6021 or jennifer.burke@haymarketmedia.com.

Got a news tip for our journalists? Share it with us anonymously here.
Copyright © SC Magazine, US edition
Tags:
aforsavingseatsecuritywereyou