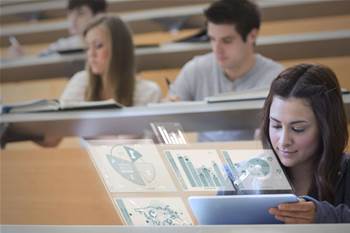 Although most universities have offered data analytics-related subjects for some years - embedded within business intelligence, statistics, high performance computing, mathematics, and programming units - the new courses focus to varying degrees on data science in its own right and lend a growing legitimacy to the role of the 'data scientist'.

Of 34 Australian universities canvassed for input into this article, eight of the 22 that responded indicated they already offer or will have a dedicated data science-related course next year.

Ten of the universities also said they offer individual units that address data analytics as part of other courses. The remaining four do not provide any related units or courses.

UTS’ new offering is a two-year full-time Masters of Data Science and Innovation that the university has promoted as “providing participants with the core technical and mathematical skills essential to working in a data intensive world”. (The course complements the university’s advanced analytics institute.)

Fees are dependent on individual circumstances and the course intends to expose students to “the range of tools currently available in the data science arena”. These include both open source and proprietary tools.

Monash University is kicking off new post graduate individual units dedicated to data science in 2015. However, the university adds it will offer a Bachelor of Computer Science in Data Science from 2016. It is also developing an online Graduate Diploma in Data Science and a campus-delivered Master of Data Science for enrolments in 2015 and 2016 respectively.

The new bachelor degree will take three years’ full-time study (or six part time) and Monash says it “focuses on software, hardware and the underlying theory of computing and its applications to scientific and technical problem-solving and to information processing in commerce and industry”.

The course also includes a final year “industrial experience project, studio project, or an Industry Based Learning (IBL) placement” that is assessed as part of the degree.

The undergraduate degree will introduce students to machine learning and data mining, visualisation, digital curation, business data analytics and knowledge management processes. It also will have a focus on “data” and its processing, curation, analysis, exploration and management along with algorithms.

The foundations of the course will be basic languages such as R and Python, as well as skills in SQL, Hadoop, and NOSQL.

Victoria University has established a Masters of Business Intelligence commencing in 2015. The one to two-year full time course extends the university’s existing relationship with SAP.

While the university has had courses in BI for some time, this is the first masters-level qualification dedicated to BI. Starting in 2015, the post-graduate degree will “have SAP solutions embedded throughout the units”. Specifically it will introduce students to Business Objects, HANA, Lumira, R, and a number of other SAP related tools and approaches.

“A number of years ago we wanted to offer a Master in Business Intelligence but there was a freeze on new course development,” said Paul Hawking, the SAP academic program director at Victoria University’s College of Business. “This has been lifted and a number of postgraduate BI courses will be offered in 2015. These courses will build on the model developed for the Master of ERP Systems.”

The fourth university to unveil a new course starting in 2015 is James Cook University with its Bachelor of Business (Business Intelligence and Information Systems Major). The three-year, full time degree is being offered either in Townsville, Cairns, online, or in Singapore with fees depending on the location and student circumstances.

Students taking James Cook’s degree will major in business intelligence and information systems while “developing knowledge and skills essential for conducting sustainable business in the tropics”.  Data mining tools such as Weka and Rapidminer will be taught.

RMIT had only 15 students in its Masters of Analytics course in 2012. This year it has 70.

Deakin, meanwhile, established its Master of Business Analytics degree in 2013 and will celebrate its first graduates this year. It has 130 students enrolled with many already being offered jobs, according to the university.

Further abroad, data science courses have been embraced with gusto. The University of Edinburgh welcomed its first intake of students in September 2014 to the "EPSRC Centre for Doctoral Training in Data Science".

In the Australian market, as with most developed economies, demand for data analysts (and increasingly data scientists specifically) has been a rare area of employment growth, according to an August report by recruitment and placement firm Hays.

Although a basic LinkedIn search for “data scientist” in Australia reveals around 280 of the service’s members identifying themselves with this job title, the actual number of Australia’s “data scientists” – or even those with skills associated with a data scientist – is unknown.

For the last five years, big data and data science have been cited by think tanks, consultants, universities, analyst firms, business executives, technology vendors, and the occasional government official as having a strong potential for contributing to advancements in technology, science, health, urban management, the environment, economic policy, agriculture, and many other fields.

In his recent report “STEM: Australia’s Future | Too Important to Leave to Chance” [pdf], Australia’s chief scientist Ian Chubb noted that “in Australia, 65 percent of economic growth per capita from 1964 to 2005 can be ascribed to improvements in our use of capital, labour and technological innovation—made possible in large part by STEM.”

But even with the training of new graduates, there is plenty of evidence to suggest the nation is not lifting its weight in terms of its knowledge of contribution to this new field.

Serious questions remain about whether these welcome but uncoordinated efforts by universities will be enough for Australia to take full advantage of a field of endeavour potent with promise in the absence of a unified, long-term strategy.

“Australia is now the only country in the OECD not to have a current national strategy that bears on science and/or technology and/or innovation.

“In our region, India, China, Indonesia and Singapore all have strategies to 2015 or beyond. Australia’s STEM investments and policies have suffered from a lack of coordination, misdirected effort, instability and duplication. We have long presumed that good things will just happen if we wait.

“The evidence is mounting that Australia is paying the price and falling behind its overseas competitors on key performance measures.”

- “STEM: Australia’s Future | Too Important to Leave to Chance” [pdf]