The virus killer: A morning with the woodpecker king 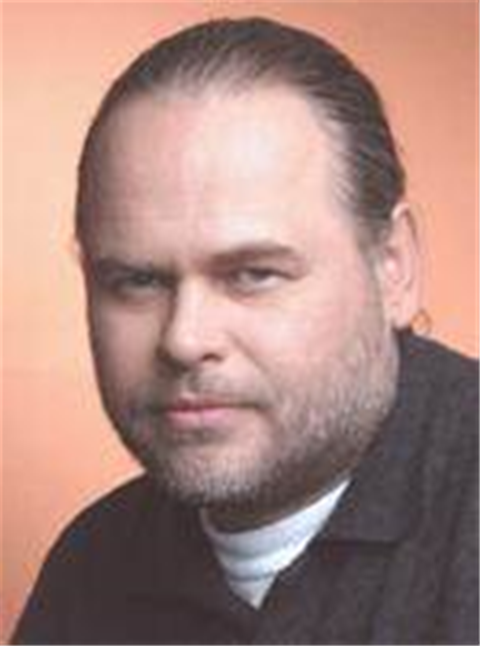 Eugene Kaspersky is Moscow’s malware maestro. But, as David Quainton discovers, his management style is a little unorthodox

Waiting outside Kaspersky Lab's headquarters to be allowed to enter, it is easy to draw parallels between the real world and the cyberspace the company inhabits.

Two seemingly ancient women give every passport a suspicious check over before granting entry to Kaspersky Lab's ex-Soviet missile compound. This security is an analogue of how the Moscow anti-virus company works – a form of ruthless efficiency combined with a touch of the surreal.

In contrast to the building's exterior, the woodpeckers' nest is a plush hive of activity, filled with computers. Sitting at one of the desks is Eugene Kaspersky, ponytail-sporting company founder and active participant in its primary function – finding, classifying and destroying computer viruses.

"I call these my woodpeckers," he says, using a foot-long pointer to indicate his minions feverishly tapping away on keyboards. "They destroy viruses."

Running down his woodpeckers' screens are thousands of lines of code. Every now and again a screen freezes, the woodpecker in front of it changes something, and the code goes on tearing down the screen again.

"We receive viruses from a number of sources," says Kaspersky. "Sometimes, they are sent to us anonymously, sometimes it is from my agents, who are all over the world, and sometimes it is from other anti-virus companies." He reveals that, as an information-sharing exercise, the anti-virus world passes around viruses on a weekly or monthly basis.

"If it's an interesting or important virus, then we will send it earlier," adds Kaspersky. "Our job is to make sure we can eliminate it quickest."

At this point, Kaspersky proudly announces that the large bone he has so far been using as a pointing implement is, in fact, from a walrus's penis.

"A walrus is the only mammal with a bone in its penis," he says. "If the woodpeckers are too slow, I hit them with it."

The tapping increases in ferocity.

Kaspersky decides to challenge his woodpeckers to a race to define a virus. He appears to win the race.

Experience, he says, makes the initial definition of the virus simple enough. All the woodpeckers recognise blocks of code – the skill is then to define the virus and analyse exactly what it does to an infected computer. From receipt of the virus to its definition takes just minutes. Speed is essential, says Kaspersky, especially in an environment where malware travels so quickly.

While the others attempt to catch up, Kaspersky highlights what he believes is the biggest problem in computing today.

"Ninety per cent of viruses are distributed for criminals," he says. "They have back-doors, they are trojans, they are used for spam. These are not written by teenagers. They are there to make money." He plays down mafia involvement in internet crime, but insists it is becoming more organised.

A McAfee report from last month seems to support his claims. It suggests that cybercriminals are increasingly using "cyber child-labour," in the form of net-savvy youngsters, to conduct their illegal enterprises. Kaspersky, however, is a bit more cautious.

"I think it may be only small groups for now," he says, an observation backed up by recent arrests of a handful of individuals in Russia. "Many of them work in Brazil, some in Russia, but they are all over the world. There is a lot of money to made out of the internet."

There's a lot of money in anti-virus, too. The past few months have been good for Kaspersky Lab. In February, it moved into the U.S. for the first time, and late last year it was the first firm to define and name Cabir, the first known mobile phone virus.

"I think we will see viruses move into many other areas," says Kaspersky. "We already have mobile phone viruses. They will get more dangerous, and there will be viruses on other formats, too."

He leans back in his chair, surveys a picture of his ex-wife, and another of him posing with scantily clad women, and declares victory over his woodpeckers. But after some conversation, it emerges that they actually completed the task ten minutes earlier. They were just too shy to say they had finished.

Maybe that walrus penis had something to do with it.

Got a news tip for our journalists? Share it with us anonymously here.
Copyright © SC Magazine, US edition
Tags:
a killer king morning security the virus with woodpecker