The Fitbit detectives that could be using your data in court 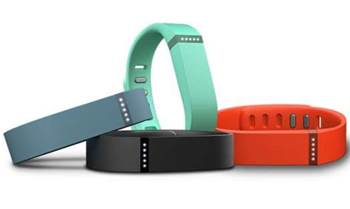 [Opinion] Will the law catch up with wearables and lifestyle tracking?

A legal case in Canada is breaking new ground by using data collected from a Fitbit to assess the relative fitness of a person making an injury claim.

The law firm representing the claimant is hoping to demonstrate that its client, who used to be a personal fitness instructor, is not nearly as active as she would have expected to be given her former profession.

The data from the Fitbit is being processed by healthcare data analytics company Vivametrica. It will compare the collected data from the claimant with population health data and judge whether it is normal for someone of her former profession.

Although this case raises a number of legal and practical issues about the use of activity tracking data in court, it has opened the floodgate of speculation about how this data could be used in future legal cases.

In this particular case, the data will assist the lawyers, presumably in conjunction with expert opinion, with accurately determining what this particular person’s current level of activity is. The firm will then hope to show how it is significantly less than it should be if it weren’t for the injury she suffered.

Where we are far more likely to see activity data being used in court is for the purpose of discrediting claims of injury which are contradicted by activity data.

Attorney Neda Shakoori gives an example scenario of someone claiming injury as a result of a motor vehicle accident, whose records of their five mile runs was uncovered and used by the defendant’s legal team.

In these cases, the data being used is simple step counting. In the future however, we will be wearing devices that will be able to measure a range of physiological activity continuously. Coupled with GPS data that records the wearer’s location at any given time, the physiological data will document in detail what a person was doing at any given time.

It will be difficult to claim, for example, that you were relaxing at home watching the television when the data actually showed at the time you were experiencing raised heart rate, faster breathing and elevated levels of stress.

In fact, this data, if it were accessible to criminal investigators, could actually be used to help in tracking possible suspects by placing them at the scene of a crime with an appropriate “physiological profile” of someone committing a crime.

Courts in various jurisdictions will be determining the appropriate use of this data and will need to overcome issues of privacy and, in the US in particular, aspects of the American constitution. The 5th Amendment for example provides protection against self-incrimination and so the question is whether fitness data could be ruled inadmissible on those grounds.

In practical terms, it may also be hard to argue that the data being presented in court was actually that collected from a specific individual and that it represents a true record of that person’s activity. It would be extremely easy currently to produce data that reflected a specific pattern of activity.

Using heartbeats to identify an individual is something Apple has considered. The company has even filed for a patent that uses heartbeat data to identify a person in the same way that it currently use fingerprints to unlock mobile devices. In fact, Nymi is already using this approach in a device that will provide access to computers, cars and homes.

Another type of wearable that will increasingly play a large role in legal cases are cameras such as the Narrative Clip that are constantly taking photos. Like activity trackers, the evidence produced by these devices may end up being used to save the wearer in a court of law or damn them.

What the legal case in Canada has highlighted more than ever is the fact that policy and the law is going to struggle to keep up with how rapidly technology is changing what we can now do in terms of evidence. For users of wearables, it is another aspect to consider as we move to completely documented lives.

David Glance is the Director of UWA Centre for Software Practice at the University of Western Australia.

He does not work for, consult to, own shares in or receive funding from any company or organisation that would benefit from this article, and has no relevant affiliations.

Got a news tip for our journalists? Share it with us anonymously here.
Tags:
big datacrimefitbitlawprivacytraining & developmentwearable