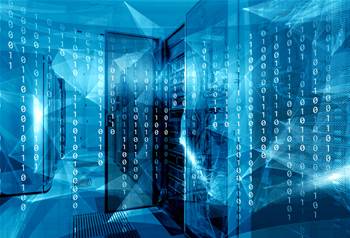 Key considerations for IT leaders.

Many organisations face the choice of either replacing or modernising legacy IT. For some, modernisation makes more sense, but what are the key factors to consider?

iTnews: Why are customers considering modernising old systems when they could just replace them?.

Brent Butchard: No-one has money to waste and the stats on the risk of failure of starting from scratch tell their own story. Modernisation means incremental change and ongoing improvement, and many CIOs are sensibly adopting this model and looking at smarter ways of doing so.

iTnews: How would you describe the level of interest in moving mainframe workload to the cloud today?

Brent Butchard: A few years ago we saw interest, but people were hesitant, and no one wanted to be first. Now it’s the opposite, and no one wants to be the last man standing.

iTnews: Why the change in sentiment?

Brent Butchard: There are a few reasons. Firstly, a lot of organisations are very aware of the potential cost benefits of moving from a traditional, on-premises core IT environment such as the mainframe, to the cloud. They’re also seeing that mainframe administration skills are becoming harder to find and more expensive. But the bigger motivation now is their awareness that they’re missing out on the opportunity to modernise applications and processes, and to achieve that many are looking at using cloud technologies. For some customers, they can’t be as responsive on a mainframe as they aim to be in the cloud.

We think some of that is driven by the catalyst of the events of the last year. Post-pandemic, the time to act, the time to transform, is now. For entire industries, the landscape has shifted and there is a lot to play for.

iTnews: Is anything still holding them back?

Brent Butchard: Yes – time, budget, and fear. They are worried about how long it will take, what it will cost them. And because we are often talking about mission-critical applications, they want to know they can eliminate risks along the way. After all, the mainframe has been running their business for years – so such a change is significant.

iTnews: So how is Micro Focus proposing to help them manage these challenges?

Brent Butchard: If they have the appetite to move, then they understand the rewards in the long term, so really the key barrier is the cost of getting there. We’ve developed a hybrid approach that provides a means for them to move their existing mainframe applications into the cloud of their choice quickly, without the need to refactor them. This means they can quickly eliminate the cost of maintaining their mainframe environment and then pump those savings back into application modernisation at a later time. Our customers referred to this approach to modernisation as mainframe virtualisation, or some use the phrase “migration”. We prefer to see it as all part of a wider modernisation approach, which takes in considerations around applications, processes and infrastructure.

iTnews: What level of saving are we talking about?

Brent Butchard: It’s going to be different for every client, but we’ve seen reductions in operational costs of up to 80 or 90 per cent thanks to savings from mainframe administration and licencing costs.

iTnews: But aren’t you still paying for the same people to support the old environment in the cloud?

Brent Butchard: What we are moving into the cloud is the application software, which is normally written in COBOL. We find there is generally no shortage of skills for those. Where things get expensive is when you are hiring sysprog managers. Once you have moved the apps into the cloud, the need for those skills essentially goes away.

iTnews: Doesn’t this method essentially leave you with your old systems running a new environment, without gaining the advantages of that new environment?

Brent Butchard: That’s actually the beauty of it. Because you are now running in the new cloud environment, it is relatively easy to subsequently refactor or enhance your existing applications to take advantage of cloud-based technologies. You can start with the applications that will have the greatest impact. That means you can start getting benefits quickly – certainly much quicker than if you went through the processing of refactoring your whole environment before moving. And because you have freed up your operating expenses, you now have the budget to pump into application redevelopment.

Also, we’ve created a set of tools that enable you to improve the user interface of your COBOL applications in the cloud. So in just one to two months after the initial move, your users will start to see benefits, even though the backend systems of the applications they are using are essentially the same.

iTnews: So what does this method deliver in terms of risk reduction?

Brent Butchard: It’s the lowest risk modernisation path we can think of. We don’t interfere with the logic and processes in the applications, so aside from modernisation work in the back end, they are essentially the same applications as they were in the old environment. We’ve also ensured that our COBOL is compliant with the popular integrated development environments Eclipse and .Net. For clients in regulated industries, this makes it much easier to ensure the new environment meets compliance obligations, as there is no longer the need to re-examine each line of code – the code is all still the same. Those newer environments allow important changes to the process of delivering those applications to be streamlined – one common bottleneck in mainframe application delivery is how cumbersome the process is. Modern tooling and agile approaches eradicate that too.

ITnews: It sounds like a lot of heavy lifting for you and the client each time.

Brent Butchard: You go at your own pace and change what matters most first. And remember, the core application stays intact. Plus, we’ve also worked closely with our partner ecosystem to ensure there are skills out there to manage this process. This includes investing in training and enablement and the creation of three specialist roles within our partners, and that has a flow-on effect to customers.

iTnews: Any final advice for organisations that are still pondering the future of their core business systems?

Brent Butchard: Organisations want to modernise, but we know that budgets are still the greatest factor holding them back. But the longer they hesitate, the more it is going to cost them, and those costs aren’t going down again. Modernising in the way I’ve talked about here gets them into a cost-effective environment much faster, using a predictable, proven method, and then they can invest those saved funds into application redevelopment – into incrementally improving those systems. Basically it’s a model for self-funded cloud transformation, and we can make it happen in months rather than years.

Register for the iTnews and Micro Focus webinar about navigating the cloud modernisation minefield, to take place on March 4, 2021, from 11:00AM - 12:00PM AEDT.