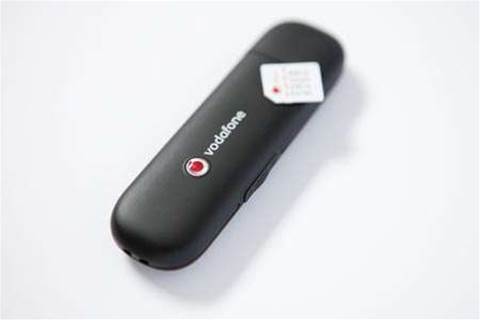 Vodafone, like everyone other than Telstra, uses Huawei modems for its broadband provision. We tested with a Huawei K3765 USB modem, E585 Pocket Wi-Fi modem and micro SIM for iPad.

The one real difference point that Vodafone has over its competitors is that instead of just throwing up a splash screen over the same basic Huawei interface, Vodafone’s installer gives you an entirely new and much more detailed interface covering usage, connection points and SMS messages coming through your SIM.

It’s also aggressive in seeking out connected modems, although in our case this meant it picked the competing Huawei modems during testing but then got confused at all the incorrect SIMs within them.

Vodafone might be upgrading for better network performance in the future, but we could only test with what was present at the time of testing – and it wasn’t particularly good.

Its average speed was low across the board. Even in areas like the Sydney CBD, where our average speeds from every carrier tended to be quite good, Vodafone could only manage middling speeds compared to Telstra, Virgin and Optus, especially with the USB modem.

Vodafone also suffered from a number of areas within our test zones where we could get no reception at all, especially regionally.

If it wasn’t for the Hotspot giving a weak connection signal, we would have had no NSW regional results from Vodafone at all. As with the other providers, the microSIM within a first generation iPad was a particular sore point for data speeds.

Vodafone carried iTnews' sister publication PC and Tech Authority's award for best overall value last year, and since that time the cost of most of its plans has dropped, which could conceivably make them appear to be good value.

Of the fully national carriers, it has the lowest per-gigabyte price of anyone and by a fairly significant margin to boot, but at the speeds currently on offer, we simply can’t award them the value prize.

They may be inexpensive, but if they can’t deliver the service promised, or at best manage to do so at a comparative snail’s pace, the value equation drops sharply.