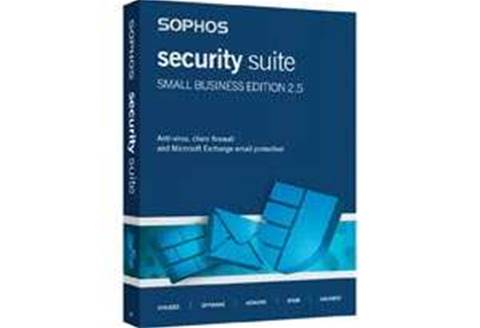 Unlike most business security solutions, you don't need to be running a server to set up Sophos Security Suite SBE 2.5.

Like McAfee, Sophos clearly understands that small businesses often don't have a full-time MCSE-certified administrator on-hand. Computers are often managed by the person in the office who happens to be the most tech savvy, rather than by a certified professional. That's why it's important to keep a small business solution simple.

Sophos Security Suite SBE accomplishes this goal admirably. While it's not something your grandmother could set up, most reasonably technically competent users should have little trouble getting it running and talking to clients - which it more than can be said for most of its competitors in the small business security space.

Unlike most business security solutions, you don't need to be running a server to set up Sophos Security Suite SBE 2.5. The group management agent, Sophos Control Center, can be installed on any suitable PC. It then can find and manage any desktop agents it can reach. It provides a high-level of control over the configuration of individual desktop agents, comprehensive logging and handy group management.

The desktop agent isn't as fully-featured as a consumer suite, but you generally don't expect it to be on a business solution. It deals with the major threats - viruses, spyware, intrusions - admirably, but there's not much to it beyond that. We were taken with its capacity to detect and remove unwanted applications that fall outside the scope of traditional malware, however. It can get rid of registry cleaners and browser helper objects for example, as well as other programs that don't have a place on the business desktop.

In addition to the management center and desktop agents, the Sophos Suite also comes with an Exchange plug-in that filters email at the server. This includes both malware scanning and spam detection.

It doesn't have all the bells and whistles of several other small business products, but its ease-of-use more than makes up for it. If you want something simple that does the job without a large amount of administration work required, Sophos is a winner.