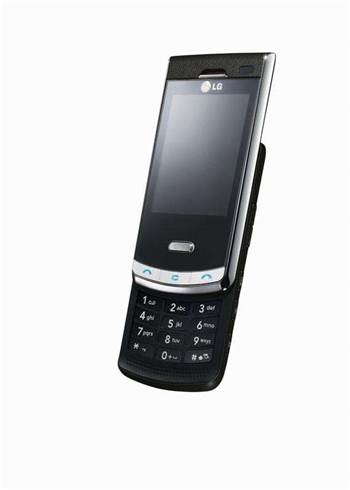 Well the Secret is finally out and it's one of best looking phones we've seen. There's no GPS or WiFi, but otherwise this third offering in the Black Label series is all class.

The LG Secret is the third offering in the maker’s Black Label Series of high-end handsets which to date have been all sliders, however as we’ve seen before that’s where the similarities end.

Built To Last
With its fibre carbon battery backing, metal trims and tempered glass front, the sophisticated looking Secret can certainly handle more than your typical scraps and bumps. At 116gms it feels slightly weighty for its size, but in a good way, and at just 12mm thick it’s currently the slimmest 5MP camera phone around.

Touch and Tilt
Adding to the Secret’s smart looks is the new Neon Touch Navigation which utilises glowing buttons and haptic vibration to negotiate the various menus, though in a first for the Black Label Series, the Secret also features a touch-sensitive display area.

Activating the new Touch Mode offers on-screen control of five applications, although our experience revealed some have been implemented better than others. Several of these modes take advantage of the built-in accelerometer for auto-rotating the display for photos and videos. A collection of games also put this feature to good use.

Clear Shots
While the onboard camera lacks a famous lens and optical zoom, the shots are still of a high standard thanks to auto-focus, a powerful LED flash, and a host of adjustable settings. Perhaps more useful for some is the ability to record video in slow-motion at 120fps and save footage in DivX format to save space. Megapixel is rapidly becoming the standard in high end camera-phones (including Nokia's N95, the Nokia 6220, and the Samsung U900T, to name a few) and is one area where the iPhone is outclassed.

HSDPA support provides swift online access, although the 2.4” display isn’t that well suited to lengthy browsing. The measly 100MB of memory will most certainly require the purchase of an optional MicroSD card eventually.

And the lack of WiFi and GPS sees the Secret out-featured by some of its competitors in this price range. Though, if functionality and design count for anything, the Secret is one of the best looking LG handsets to date.

No GPS or WiFi, but otherwise all class.