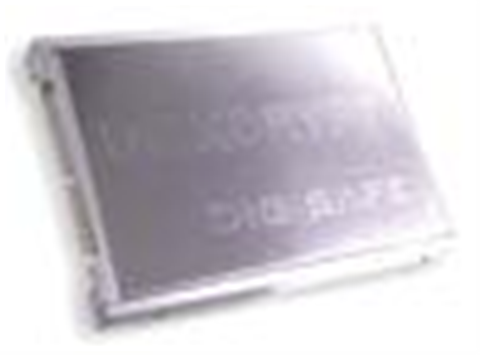 DiskCrypt from Digisafe is unique among these products. Rather than being a software product that you use to encrypt your hard disk, DiskCrypt is a hard disk that comes pre-encrypted.

As slick as this approach seems, the product has some difficulties. To begin with, the manufacturer is based in Singapore and support within the U.S. is limited.

What’s more, the encryption is 3DES, not as strong or current as we might wish.

Although Digisafe claims that DiskCrypt supports non-Microsoft operating systems such as Linux, we were unable to get a good installation from scratch using RedHat Linux 7.X.

Finally, the documentation was quite limited. However, the product is so simple to use that very little documentation is needed. The manuals supplied are more along the line of quick start cards. Using only those brochures, we were able to install the new disk, transfer data from the old one and move on to using the computer, again very rapidly.

Since the product can come with an optional migration tool, removing the encrypted disk is equally simple. However, because DiskCrypt is a hardware product, its price is considerably higher than the other products we tested, meaning that it is not quite as good value as it could have been.

For: Extremely simple to implement.
Against: Expensive and poorly supported.
Verdict: At this price, this is not really a general use product. But we do recommend it as the notebook equivalent of a removable drive for sensitive data. However, with weaker encryption, you might want to use care in the physical security of the disk.