Review: Dell Inspiron 1470, a step up from a netbook without compromising on battery life 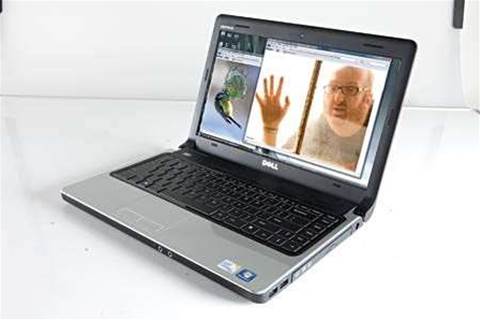 What do you call a CULV laptop that doesn’t look like a CULV laptop? Meet Dell's thin and light Inspiron 1470.

Dell's Inspiron range has now expanded to include thin and light models that feature Intel's CULV processors. The design retains all the features of previous Inspirons we've come to love, such as the excellent build quality and decent - if not mindblowing - design. The bright red lid on our review model led with swooping curves down to the hinge, though the keyboard and silver-white wrist rest contribute to it looking like a cheaper model.

As with previous Inspiron models, there's a 2-megapixel webcam in the screen bezel and a super-bright 14in LCD. Our only gripe is that the touchpad is located too far to the left, which means your palm could brush it when typing, throwing the cursor to a different part of the document.

There's no Blu-ray drive, but there's the standard dual-layer DVD writer for archiving files. Thanks to the Core 2 Duo U7300, 4GB of RAM and 500GB hard disk, performance was top-notch for a CULV.

The screen is quite slimline, but allows for a surprising amount of flex. There's some warping in the centre when heavy pressure is applied, but it's nothing too troubling. The rest of the chassis feels resilient, despite the plasticky looks.

The 14in, 1366 x 768 screen looks a little wan, despite its gloss, but the colour accuracy is good and closer to natural tones than many of the other systems on test here. The keys have less depth of travel than other systems here, but they feel comfortable despite that shortcoming. The trackpad is a standout: slightly textured in a way that feels amazingly fast and responsive, though the buttons are a little soft.

Performance-wise, the Inspiron 1470 barely slowed down when it came to tackling the multi-application benchmarks - a genuine rarity for CULV laptops. The benchmark score of 0.7 is among the top of those we've seen thus far, beaten only by the Fujitsu in this month's Labs.
But it's in battery life that the Inspiron really cleans up. With nearly four hours on heavy use and a whopping 9hrs 13mins on our light-use benchmark, it brings together a combination of power and performance matched by no other laptop this month.

The features aren't to be sneezed at either - an HDMI may be becoming standard, but on CULV it can't be taken for granted. The Inspiron 1470 includes that and a supermulti drive. It lacks Expresscard, but that's one of the few niggles we have.

The Inspiron offers enough of an all-round package to make it a tempting proposition for an entry-level system or student laptop. At $1199, the price is also tempting, and you could even opt for a lower spec to save $200, if price is a crucial decider in your final purchase.