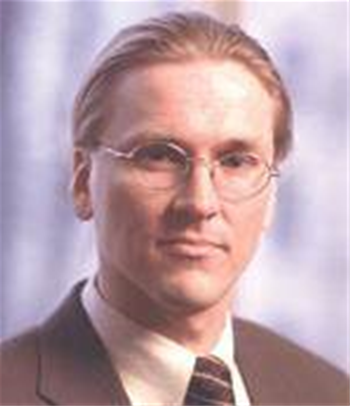 This year, mobile phone viruses have become even more sophisticated, with the proof-of-concept Lasco and Gavno worms proving that not only can these worms spread, but they can actually cause serious damage to phones.

This looks like a trend that will gather momentum, following Cabir, the world's first mobile phone virus, which only appeared (and spread rapidly) late last year.

Lasco, revealed in early January was a major step forward (or backward, depending on your outlook). Not only was it the first to infect multiple files, but it also had the capability to work on Windows as well as Symbian phones.

Marcos Velasco, its 32-year-old creator, is happy to explain his motivation. "I like viruses," he told SC Magazine by email. "I want to spread my knowledge to people. Virus and anti-virus is like a closed box, there is so little information that can be found about the technology and its development."

Oft-quoted in his native Brazil, Velasco has come under attack from some quarters for promoting virus-writing, but he denies there is anything wrong with his work.

"I receive many emails congratulating me for posting how my viruses work. My viruses are for study only, not for use in a bad way."

But Mikko Hypponen, director of anti-virus research at Finnish firm F-Secure, believes that virus writers should be brought to task, irrespective of whether they spread their creations. "The Brazilian authorities should take some action against this guy," he said. "He's a bad role model for kids. Viruses can be very damaging."

For his part, Velasco sees the future of viruses as an increased incidence of blended threats. "Viruses plus worms plus trojans, these hybrids are common today, but I think the number is going to increase," he said.

When asked what he thinks of anti-virus companies, Velasco was complimentary. "I respect them, I know the better programmers work with anti-virus."

And despite Hypponen's negative comments, it appears Velasco recommends F-Secure to his friends. "They have the best virus remover," he said.

Got a news tip for our journalists? Share it with us anonymously here.
Copyright © SC Magazine, US edition
Tags:
anydeniesdeveloperdoingharmmobilesecurityvirus