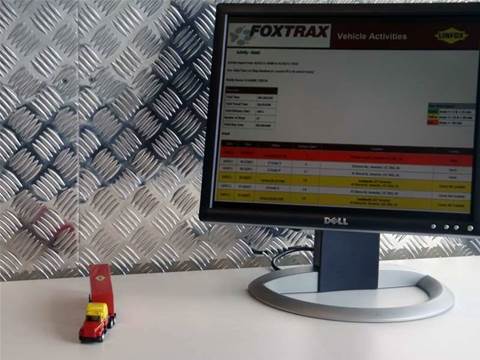 Logistics firm Linfox has credited close partnerships with a handful of technology vendors for driving innovation in its supply chain, communications and mobile systems.

The Victorian company has about 18,500 staff and a fleet of 5000 vehicles across 10 Asia Pacific countries.

Its core IT team of 100 is based predominantly in Melbourne and led by chief information officer and supply chain president John Ansley, who also leads a business-facing supply chain team of 30.

Although Linfox’s desktop and data centre maintenance was outsourced to UXC in 2009, Ansley said a bulk of IT work remained with in-house warehouse management, transport management, integration and backoffice teams.

“We have one SAP implementation and add new customer sites to it,” he said, noting that Linfox typically spent eight to 16 weeks integrating its SAP platform with customer systems.

“In general, we’re rolling out a new SAP solution somewhere in Asia-Pac on a monthly basis; we’re just churning through these rollouts at an incredible rate.”

For strategic projects, however, Ansley said Linfox tended to lean on a handful of “high-value, tier one partners”, naming SAP, CDM, Motorola and Telstra as examples.

“Innovation comes from us going to our partners and explaining what we want and why, and them extending their product,” he said.

Last month, analyst firm Gartner told iTnews that organisations seeking “innovation” from their technology vendors should be prepared to invest about ten percent of their contract values on the relationship.

Ansley, a former SAP account manager, said Linfox had maintained a “very close relationship” with the German vendor since adopting an SAP financial system in 1999.

Over the past decade, Linfox has extended the SAP platform into HR, payroll and maintenance, replacing a range of disparate, legacy systems with a view to becoming a "wall-to-wall SAP house".

Linfox has also participated in the SAP-NICTA Living Logistics Lab since its launch in February last year. Competing logistics firm DB Schenker struck a research deal with NICTA this May.

“A lot of people don’t invest the time in the relationship with their vendors … I treat the money that I spend with my vendors as an investment rather than view it as a cost,” he said.

“If that means travelling to their head office, wherever that is in the world, I’m going to do that and sit down with them and make sure that I’m talking to the people who drive their strategic agenda so I understand where they’re going.”

Read on to find out about Linfox’s upcoming ruggedised tablet rollout and what it hopes to achieve with SAP’s Extended Warehouse Management product.