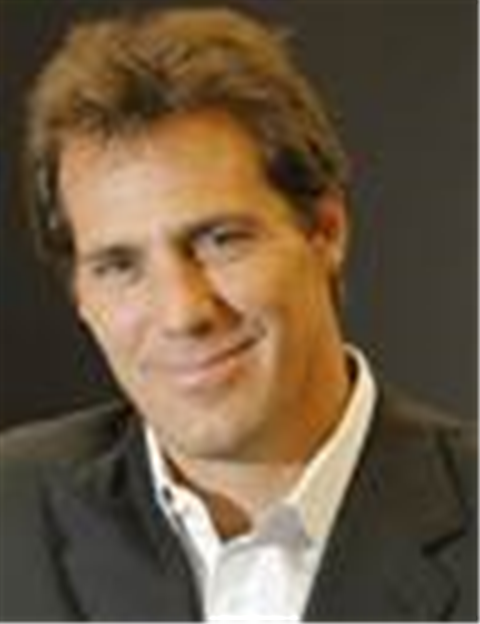 The RSA conference in April marked one year almost to the day since Dave DeWalt left EMC and took over the reins as CEO of McAfee.

The RSA conference marked one year almost to the day since Dave DeWalt left EMC and took over the reins as CEO of McAfee.

DeWalt, 43, has had previous success as CEO of Documentum before it was swallowed up by storage giant EMC.

He also led web-content startup Eventus and has previously seen action with Oracle.

He is now, however, playing in a bigger league and has in his control the future of one of the security sectors big names, albeit one that has some industry analysts mark it down aas seriously underperforming.

If energy and charisma was all it takes to turn a business around then DeWalt would be home dry.

Google DeWalt and it won't take long to find tributes from previous colleagues about his drive, his personality and his ability to turn company meetings into something akin to live theatre.

There are wild stories of horses and motorcycles being ridden on to the stage -a little something to rally the troops.

And he certainly cuts an impressive figure. The former college wrestler (he just missed out on the US Olympic trials) retains the physicality of the all-American athlete.

Big smile, big jaw; he is a bundle of energy, charm and bonhomie as we sit down to talk in as a quiet corner of the McAfee stand as can be found on RSA's cacophonous exhibition hall.

"I ultimately had a one-year plan," he says of his first few weeks in charge. "The priority was to really reinvigorate the growth of the company and return shareholder value.

"We've done a lot of that, we've quadrupled growth in the last two quarters and that is something I'm very proud of," he says. "The company had grown in the mid-single digits for two years prior to my arrival."

The immediate impression is that DeWalt didn't get where he is by hiding his light under a bushel. If he's achieved something then he is damn well going to tell the world about it - and he does.

Listen to this: "Number two, I had to resolve the back-office challenges the company had, including an 11-year restatement process, which was challenging for any CEO to come into.

But I was confident I could get that done, and I ultimately did in just a matter of seven months time," he boasts before launching into what is probably a far greater challenge.

"I really focused in on getting the mojo back into McAfee. That's important and not easy to do, because leadership isn't about telling people to follow you - you have to be inspired and motivated," he carries on. If the reception he gets on the McAfee stand is any measure then he is succeeding.

He claims that he has also had a positive effect on staff attrition. "McAfee's become the place to work. Last quarter, more than 50 per cent of all new hires came from employee referrals - that's a really healthy sign to see."

DeWalt goes on to describe how McAfee needed to broaden its portfolio of products and enter new markets, the most important being data protection - hence the acquisition of SafeBoot in 2007.

It's significant that he mentions this third - clearly DeWalt saw as a priority the need to reenergise the business from the grassroots up - get the company to believe in itself and then move on to the product side.

"I want to see the McAfee brand recognised as the world leader in security. And I want McAfee products to represent leadership in their particular markets. Now, we are the largest dedicated security company out there; this year we will overtake our competitors as the number one in corporate security."

And that means one big goal: beating Symantec, whose tired-looking CEO gave a lack-lustre keynote at the conference on the opening morning focusing on the shift to information-centric computing.

Whatever he may think privately, DeWalt is polite enough to say nice things about his biggest immediate rival. That doesn't stop him wanting to take him down in the market, however.

"I have a lot of respect for John (Thompson) and I have respect for the company. They've done well. But we are competitive too, and we've made great strides in taking market share in the past year, prior even to me coming here.

My goal is to be the number-one security vendor in the world and I won't stop until I have achieved that. And that does mean overtaking Symantec and other vendors in the market," he says.

Given that statement of intent, it seems a good time to mention the views of one financial analyst speaking in a track session at the conference.

Far from conquering the world, he suggested McAfee did not have the scale to survive as a standalone in the next three years. In fact, he dared to suggest that the company might become a target for acquisition itself.

DeWalt pauses before he answers. "Well, my job as CEO is to provide shareholder value and that's why I've been hired. And my goal is to build the best return on investment for my shareholders and for my customers. And you build a strategy to be the largest security company, to win the markets that you're in and, to do that, I'm mindful of consolidation. But that's certainly not my strategy," he says

"McAfee is a multi-billion business already, it's not like we're a small company that can easily be taken over. So, yes, our chance is to really grow and, in three years from now, we will still be there and I believe we will be there as a standalone."

He's confident too that this will happen despite the recessionary background. DeWalt optimistically, quotes trends that have seen security as a percentage of IT spend double over the past two years and expect it to double again in the next couple of years.

"Security is becoming more and more important to all corporations from little to large," he insists.

He's made a good start, but DeWalt probably knows that there are greater challenges ahead - how far will his style of leadership make a difference? The horses and motorbikes, will they be enough?

"I've tried to create a combination of humility with leadership with a little bit of showmanship that allows us to have fun. And, yes, I've ridden motorcycles, onstage, I've ridden horses onstage, I've hang-glided on to a stage. I've done it all in the spirit of having fun and changing the culture.

"I feel that a good CEO is not just about creating product strategies but to really functionally and operationally drive the company by being a spiritual leader. And so, with any company I'm at, I try to really lead from the front, be an honest person, a trustworthy CEO, have an open-door policy to anyone in the company and be humble about who we are. And that's part of what I am," he states.

And that presumably is how he will go about his mission of turning McAfee in his words, from a "one-billion to a five-billion dollar business".

That's a big personal ask - but if he achieves even half that, you can expect to see the DeWalt show, horses and motorcycles et al, arrive on an even bigger stage somewhere in the Valley.

See original article on scmagazineus.com
Got a news tip for our journalists? Share it with us anonymously here.
Copyright © SC Magazine, US edition
Tags:
dave dewalt focus industry mcafee security