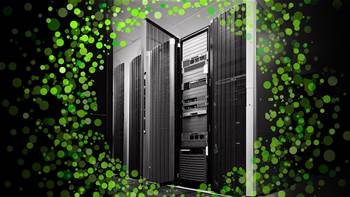 Just one of its projects generated 300 terabytes of raw data.

Australian-headquartered geospatial technology company Aerometrex has worked with Seagate to keep up with exponential data growth and speed up image processing.

As a leading practitioner of aerial imagery and mapping, 3D modelling and airborne LiDAR surveys, Aerometrex has specific storage requirements. It needed to consolidate and expand its storage solutions to accelerate its data process and futureproof its data infrastructure as it continued to grow.

Working with Seagate, Aerometrex found an ideal solution which would increase its storage space while decreasing rack space and consolidating processing power, enabling the business to stay ahead of the game.

Aerometrex products are renowned worldwide for very high standards of production quality and accuracy. Its highly detailed aerial imagery creates large amounts of data that can be expensive and time consuming to store and process.

Their goal: supporting current and future data growth and throughput

Aerometrex needed better speed and more storage to optimise its business processes and support future growth. Since going public last year the company had grown exponentially, requiring a storage solution which would grow with the business in a cost-effective way.

Their problem: keeping up with the exponential data growth

Aerometrex had eight separate storage systems for different parts of the business – these had been added as the business grew organically and the business had an ongoing battle ensuring it had enough data storage.

For example, last year Aerometrex captured images of all of Greater Sydney from the air for digital maps, a project that generated 300 terabytes of raw data. The company’s systems needed to write over 10 terabytes, streamed sequentially, within a short period. The raw data was then processed and each image distilled into a 1-60 kilobyte file. The project involved more than 200 million tiny files.

Aerometrex needed a solution that would prepare it for future storage challenges, including storing and processing images created by new forms of image capture, as well as data growth from the use of artificial intelligence and machine learning. It also needed to  access its data at all times and replicate data within two locations to ensure data security.

Their solution: partnering with Seagate

Centralising its storage enabled Aerometrex to do on-the-fly backup replication, which has saved the business from doubling its IT team.

The Seagate solution drastically improved Aerometrex’s image processing, due to its outstanding IOPS performance and sequential write throughput. For example, one machine on top of the storage now takes half a day to do what previously took a week for eight servers to complete. Seagate’s solution also allowed the business to significantly consolidate its processing power, shifting its storage from scattered workstations and RAIDs into the server room for easier management.

Aerometrex chose a simple licencing agreement and a configuration that would allow future expansion.

Their success: improved speed and reliability

Previously, Aerometrex considered building a data centre, but after consulting with Seagate, its IT team realised that its current processing power was under-utilised. The storage upgrade significantly improved processing speeds while reducing physical rack space requirements. Aerometrex now has triple the amount of storage, while only using a fifth of the space of its previous setup.

Working with Seagate has reduced the amount of time it takes Aerometrex to process very large data sets by up to 95 percent. This improves the experience for its clients and reduces the risk of interruptions to its system while it is processing data. The time savings also mean employees can work more efficiently and with less stress.

The storage has had a profound effect on a number of business metrics, in addition to cost and delivery. For example, it has resulted in lower error or return rates and improved system availability. Additionally, more efficient processing has reduced overheating and air conditioning bills, and no data has been lost during power outages.

The data storage solution solved issues many businesses like Aerometrex in multimedia and imaging industries face. It will also supporting Aerometrex’s future growth, allowing it to work with more clients on data-intensive projects without having to continue to increase the size of its IT team. The business can cost-effectively scale and prepare for new forms of image capture and data analytics.

Learn more about Seagate's Nytro E 2U24, the high-performance, exceptional-capacity platform for maximum data access speed at a minimum TCO.