How new enterprise spaces are reshaping the network 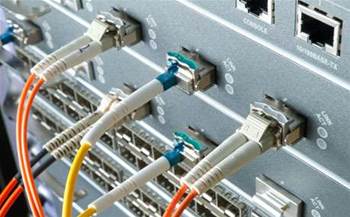 But the case for future upgrades is far from settled.

While network upgrades in offices and data centres continue to progress along relatively conventional lines, technology evolution and new business models cast doubt on the long-term continuity of this type of spend.

On the business side, there is already movement in Australia to make both office workspaces and data centres more flexible.

But at present there isn’t agreement on what the role of the network will be in enabling these new types of operating models.

While present investment is largely around kitting out office space with campus wi-fi and appropriate bandwidth to support collaboration or activity-based working, future models already being discussed challenge this very construct of an office.

“In a roundtable I convened, an organisation was saying, ‘we no longer need an office space in Sydney. It’s expensive and requires everyone to come to it’,” IBRS analyst Dr Joseph Sweeney said.

“‘But we also don’t want people working from home necessarily because we believe as a corporate culture that there is a value in bringing people together.

“‘So what we’re going to do is permanently rent space in other people’s offices. And what we’re looking for ideally is an ‘Uber’ of a company that goes around talking to other companies that have got space to let us [sub-let] it.

“‘All we need is a conference room and internet connectivity, and we need one space in the city and another in the west’.”

In other words, the deconstruction of what we consider an office will impact the strategy – and spending – on how it gets networked.

The corporate data centre is being similarly challenged.

Colliers technology solutions project services national director Kevin Burman told iTnews that he saw enterprises moving into data centres that are also home to cloud services “to give themselves flexibility in the future to cross-connect to those services.”

But suspicion that they may not need all their physical floor space over the life of the lease is driving some to seek out new types of contracts.

For around 20 major data centre migrations a year, Colliers has negotiated a clause for customers to be able to consume physical floor and rack space in a utility-like model that draws its inspiration from the cloud.

That is, if enterprises want to transition workloads to the cloud and retire older kit, they have a contracted option to scale back on floor or rack space without penalty.

“What we’re seeing in negotiating contracts with the data centre providers is that enterprises want to be able to give up space as they gradually reduce the footprint, and don’t want to be penalised contractually from being able to give up that space,” Burman said.

“I think the argument is particularly strong where an organisation is taking an as-a-service offering from within the same data centre.

As is the case with the office, such models require an evolution of the systems that support them.

Newer network constructs, such as software-defined, might promise to bring this type of flexibility to the data centre, but adoption outside of a couple of key sectors – such as telco – is patchy.

And so, again, how the network might act as an enabler for this type of new business model remains an open question.

Can SDN piggyback on cloud?

If future business models raise the prospect of redefining enterprise network constructs, it seems vendors in the space may be preoccupied by far more immediate concerns, such as finding a way to bring networking into a range of current IT architecture conversations they are having with customers.

The starting point for many present architectural conversations is cloud.

But while vendors see software-defined networking (SDN) as being complementary to a cloud deployment, the sell is by no means an easy one.

“In other words, SDN is becoming joined at the hip with a cloud sale in that it becomes that mechanism that enables you to scale the network and consume the network in exactly the same way as you scale your compute and storage.”

But Khamis acknowledged the challenges that posed in the short-term.

“The challenge is legacy [network] hardware is probably not going to enable adoption of those technologies,” he said.

“If organisations are wanting to take advantage of SDN, there does need to be a redesign and replacement of some of those legacy devices.”

That – at least for the moment – means cloud and SDN adoption remain out of alignment, and some don’t see that gap closing until the business case is improved.

“I think there are pockets of interest and customers deploying pilots trying to understand use cases and how it can work for them.

“But I don’t think it’s mainstream yet and personally I’m not convinced there’s a mainstream application that’s going to require it to be deployed everywhere in the next 12 months, for example.

“I still think people are grappling with the benefits and use cases, and it’s still a focus on particular customer deployments.”

Khamis believed the enterprise market would ultimately warm to SDN.

“The model [for networking] needs to align to the consumption models in-market.”

The rise of open source

Another concern for networking vendors has been working out how to play nicely in the open source networking space.

Open source tools are presently enjoying top billing in a range of enterprise applications, but particularly in areas such as big data and networking.

Cisco's CTO of engineering and chief architect David Ward told the Red Hat Summit in July last year that until about two years ago there were “very few projects trying to integrate” or orchestrate various open source network components.

“Over the last two years there’s been a ton of foundations and projects that have formed – OPNFV, FD.io, Cloud Foundry, Snort, OpenStack, ONOS [the open network operating system]” and more, he said.