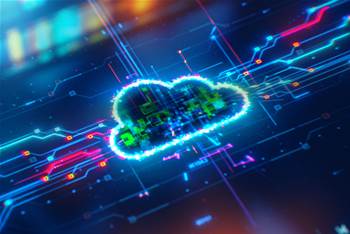 The Department of Transport (DoT) Victoria completed a major migration and integration project in late 2021, using Oracle Fusion Cloud ERP to build a unified platform with a single source of truth that solidified its internal operations and helped it serve the community better.

As the key regulator of public transport in Victoria, DoT Victoria handles public and private stakeholders to build transport infrastructure. The migration and integration project, part of the Victorian Government’s ongoing digital transformation of its agencies, began in December 2019 and aimed to bring together myriad government entities and disparate systems.

"We had some forty-plus integrations to do,” says Shaun Condron, CFO at the DoT. “Some were quite small, some were major... and this included integrating the registration and licensing systems for Victoria, along with payroll systems and other project management systems."

This was needed due to the DoT’s merger with other agencies, including Public Transport Victoria, VicRoads and the Major Transport Infrastructure Authority. Each had their own systems, including a ten-year old Oracle R11 implementation relied on by the DoT, and a 23-year old mainframe-based Kinetic system used by VicRoads.

Integrating the departments and migrating data to a single platform was a challenge.

“We wanted to put DoT in the driver’s seat and give them a first-hand foretaste of what the improved and integrated processes would look and feel like,” says Anish Mitra, VP Oracle Consulting. “The approach we used was one of early visualisation and iteration.  Subject matter experts from DoT were exposed early on to the process. Their inputs were then fed back into an iterative loop of continuous improvement to examine processes in granular detail, foresee possible glitches and fine tuning it to meet every aspect of user expectation. DoT was not just a client but an invested stakeholder in designing a process that would work best for them,” Mitra explains.

As with every long-standing organisation, DoT had large amounts of historic financial data, including data from incumbent systems. Shifting to a new platform posed a number of challenges. This included securely migrating data from legacy systems, mapping unstructured data to structured SaaS solutions, training 5,500 staff to use the platform and services, and integrating the DoT’s Zycus procurement system with the Oracle solution.

And then the pandemic happened.

"There was a chance going into the pandemic that staff would view this as too hard to achieve working remotely, whereas Oracle seemed to shift seamlessly into that way of working. The way information was shared among the group – people didn't feel like they weren't part of the team because they were working from home," explains Condron. "That could have derailed the project, but it didn't."

“We had over twenty people off work at one stage, six or seven in hospital, two in intensive care, it was a terrible time. Oracle used their global scale and capacity to shift some of the delivery to Singapore and Hong Kong, and so we didn't lose time as a result of that."

Training was moved to Zoom, with up to 100 participants in some sessions, along with a combination of self-paced learning and use of Oracle’s Guided Learning service.

"We had thousands of people trained through the system. It was a huge undertaking and a lot of those users were remote," says Condron.

Despite these challenges the project was completed on time in October 2021. Since then, the focus has been on further improvements.

"Maintenance or BAU is no longer the focus”, explains Mitra. ”While we are helping DOT keep the lights on, we are helping them leverage new capabilities that are being released quarterly through product innovation updates. Continuous improvement enables them to get the maximum value out of a solution so they don’t fall behind on utilising the full capability of the system and become stuck with the capability they are using at the point of going live,” Mitra explains.

Condron is pleased with the result. “A fully functioning finance system seamlessly integrated into the procurement system,” he says. “It’s lived up to our expectations.”

Learn more about Oracle’s cloud-based ERP solution and the Department of Transport Victoria.