Critical considerations for moving to the cloud 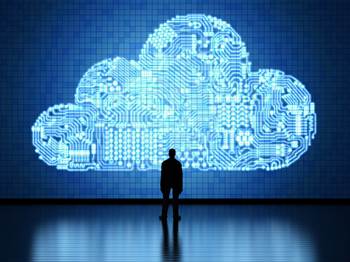 The key factors governments and critical industries should examine.

Whether you're replatforming a legacy application, as one of its service provider partners recently did for the Department of Defense, or actually migrating data centres, Dawson says it is important for decision-makers to ask what it is they're trying to achieve when considering a cloud migration.

“There are different benefits of using cloud infrastructure as an endpoint of that process,” says Dawson. “But those examples are very different from building an API-centric, cloud-native application that acts as a containerized microservice where the actual underlying infrastructure is initiated and scaled up-and-down by code; those are all very different use cases that deploy to a cloud infrastructure. So the starting point should really be what are you trying to achieve and then how do the economics, agility, scalability, and flexibility of cloud help you do that?”

Dawson says government agencies often don’t pay enough attention to the commercial benefits of cloud and the ability to only pay for what you use.

“The standardisation of cloud allows agencies and critical industries to respond more rapidly, be more adaptable, and get to value more quickly,” says Dawson. “Instead of having to go through design procurement and build cycles, you can actually deploy almost instantaneously.”

AUCloud recently spun up tens of thousands of virtual machines for a customer whose first contact with the customer “doing very significant national activity” was towards the end of June.

“It’s impossible to even contemplate trying to do this in an on-premise world. And while there is a perception that sovereign cloud providers can't do scale – that we’re not on par with the incumbent global providers – well, I beg to differ,” says Dawson. “As I say to anybody in government who challenges our agility and scale capability, we can deliver more compute storage quicker than you can write out a purchase order. That’s maybe more a reflection of government procurement cycles than our agility, but there’s no doubt in my mind that when it comes to responsiveness and rapid ability to scale, we’re on an equal footing.”

Dawson says cloud service providers are increasingly being recognised by both government and critical industries for their ability to improve the security posture of organisations and businesses.

“In our case, this partly has to do with the scale and the technologies AUCloud invests in. But what is increasingly important is organisations like us have been set up and operate with a laser focussed mission to protect Australian data. In a world of intensifying cyber risk, this ultimately translates to protecting Australian democracy,” he says.

“Every single one of our customers, however big or small, is leveraging that benefit from the first virtual machine they initiate. That comes with adhering to best practice controls and the governance that goes around it, the Cloud Assessment Authorisation Framework, the Information Security Manual, the Protective Security Policy Framework. We live and breathe these things.”

Ultimately, Dawson says the cloud is about economics, security, and sustainability.

"There are both cost savings and carbon benefits of cloud over traditional on-premise storage," he says.

“Cloud is actually cheaper than buying a load of servers and have them standing there for your three year business cycle while most of the time the silicon is actually not doing anything and you're just heating up the data center and then using it to cool down. It's climate change madness, really.”