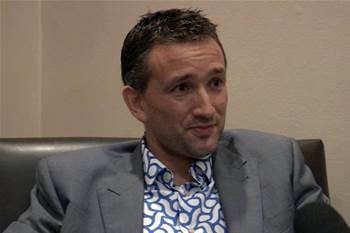 Commonwealth Bank subsidiary Bankwest is building out the ability to automatically deploy virtual copies of the bank’s IT environment in a bid to speed up software delivery.

By the end of June, the bank will integrate its TeamCity continuous integration server, VMware vCloud Director, CA LISA and a CommBank templating tool to automatically provision test and development sandboxes.

CommBank has used the internally built Application Configuration and Deployment Coordination (ACDC) tool for projects including NetBank and CommBiz since 2011.

“We will template our production environment and use those templates to build our test and development environments,” Bankwest head of solution delivery, Ed Cortis, told iTnews.

“In the future, I hope that we’d then capture traffic from our production environment and replay it in our test and development environment so we can fully replicate them.”

Bankwest has been moving to adopt agile software development practices since 2009 and continuous delivery – where code is rapidly pushed out to production in small increments – since August last year.

Through continuous delivery, Cortis hoped to deliver products to Bankwest customers faster and reduce the risk of system updates.

“The big, quarterly changes … that a lot of organisations do can be very risky,” he said.

“If you bundle up a hundred changes into one and drop it into production and it goes wrong, it’s the classic problem: you wouldn’t know which part is broken. But by making lots of little changes all the time, I’d know which little change it was.”

With ACDC now running in “a couple of our applications”, Cortis said Bankwest had begun delivering new code for some of its websites fortnightly, instead of quarterly.

Bankwest has some 1300 technologists, including IT strategists, about 600 banking operations staff, 300 infrastructure and security professionals and 300 in Cortis’ solutions delivery team.

The Western Australian bank operates its own data centres in Perth. Although vCloud Director allows enterprises to move workloads to both internal and external data centres, Cortis noted said cloud computing was “not something we use a lot of”.

Last year, competitor bank ING Direct revealed that it had built a “Bank in a Box”, providing developers with virtual copies of its banking platform to patch, modify or extend in an isolated sandbox.

At the time, ING Direct chief information officer Andrew Henderson told iTnews that the platform was a first step towards delivering new digital products far more quickly than the bank had previously.