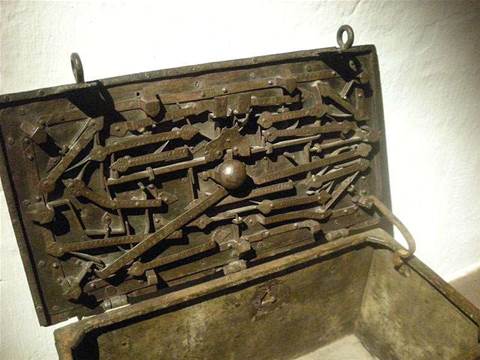 Never mind the critics, privacy is safe in the hands of the cyber crime convention, writes Attorney-General Robert McClelland.

Last week, the House of Representatives passed important changes that will improve the way Australian law enforcement agencies are able to detect and investigate cyber criminals.

Of great concern to me, however, has been the alarmist and entirely false assertions made about the new laws. These must be corrected.

Cybercrime is a growing threat to individuals, businesses and governments around the world and has already overtaken the drug trade as the most profitable form of all crimes.

This is remarkable if you consider the internet was born a little more than two decades ago. Today, nearly every Australian home has a computer connected to the web.

The global nature of cybercrime means no nation alone can effectively combat it. International co-operation and engagement are essential to an effective response. Keeping ahead of the game is the key to reducing the risk.

At a recent meeting of Commonwealth law ministers, I was briefed on an international police operation that smashed the largest child sex abuse case in history. After three years of investigation into the website boylover.net, police agencies identified 70,000 members and rescued 230 children from horrific abuse across the globe.

This successful police investigation into the site would not have been possible without co-operation between overseas agencies and online crime fighting capabilities.

The bill puts in place the framework for Australia to accede to the convention - the only international binding convention on cybercrime.

To date, more than 40 nations have either signed or become a party to the convention, including the United States, Britain, Canada, Japan and South Africa. More than 100 nations are also using it as the basis to strengthen their legislation to combat the threat of cybercrime.

Every time Australia's law enforcement legislation is amended by either side of politics there are critics who claim that powers are being significantly increased and civil liberties are being threatened.

As Attorney-General, I am well aware of the need to balance law enforcement needs with the rights of individuals.

Australia's proposed accession to the Convention on Cybercrime has prompted some commentators to suggest that because Australia does not have a bill of rights, we should not modernise our cybercrime laws because our privacy is not protected.

This is not the case. There are many mechanisms in the relevant bills that protect citizens' privacy and the integrity of any information while it is preserved.

With the increasing amount of traffic on ISPs and telephone networks, service providers are being forced to delete information on a more frequent basis. They simply don't have the space to store it any more. For example, one phone carrier deletes text messages every 24 hours.

To suggest that this implies new incursions on people's privacy is also wrong. Providers already retain data under strict guidelines. It must be managed consistent with the National Privacy Principles in the Privacy Act including a requirement for the information to be managed securely.

Agencies must also revoke a preservation notice if the grounds for seeking the order no longer exist and it will also be an offence to misuse any of this information.

Other issues have been raised in relation to sharing information with overseas law enforcement agencies for political offences, crimes where there is the potential for the death penalty in another country or dual criminality. Australia has strong mutual assistance frameworks for sharing information about suspected criminal activity with other countries under which the bill will operate.

In addition, the government will consider the joint select committee on cyber safety's views before the bill is debated in the Senate.

Australia must modernise its laws and stay up to date with evolving cyber technology. We must improve our relationships with overseas law enforcement agencies so Australians can continue to enjoy the internet in a safe and secure way.