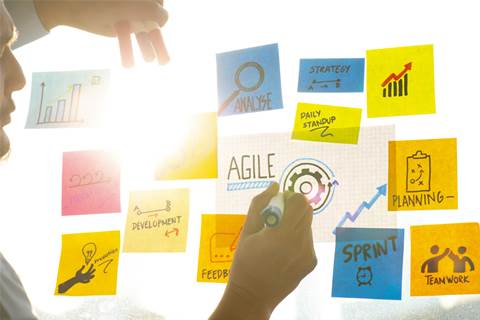 Agile communications is a collaborative and flexible approach to managing comms projects. It uses iterations to test and learn, empowers the team to own the outcome, and enables responsiveness to changing needs. It’s a powerful concept that can significantly boost the value comms teams deliver to the organisation. It’s also a popular buzzword that leaders like to repeat. And, it’s often misunderstood.

Stringing together a few Agile practices and telling the team to apply them starting next month because they’ve worked elsewhere in the organisation, is of little use.

You might be the boss, but for this to really work, you need to keep in mind that at the heart of Agile communications is a cultural evolution that has two components.

One is leaders who are confident enough in their teams to cede authority to them. The other one is a team with an empowered mindset that helps them make autonomous decisions. Let’s have a look.

There are three prerequisites to consider before piloting Agile to help transition authority from the team leader to the team itself:

Telstra Communications is a fantastic example of a smart leadership team that realised the benefits of Agile come from changing how team members view work, and their role in it – internalising collaboration, fail fast, experimentation, etc. – alongside changes in processes [Case Study: Methods to Rightsize Agile Implementation]. Here’s how they did it:

Remember, behaviour change doesn’t happen overnight, but through lots of practice and consistency, which are both key in successfully shifting the way people do things day-to-day.

This article was republished with permission from Gartner Blog Network