What is happening to crypto lending as markets tank? 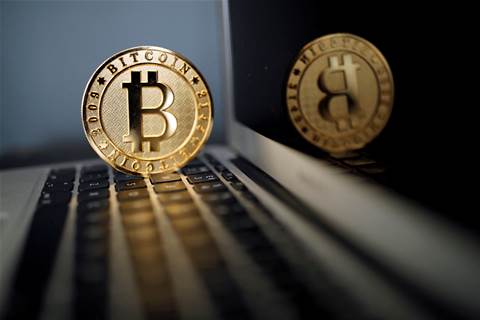 Crypto lending may not be down and out, but it's certainly on the ropes.

Crypto lenders have boomed over the past two years, attracting tens of billions of dollars in bitcoin, ether and other coins which they in turn lent out or invested, often in decentralised finance (DeFi) projects with sky-high returns. 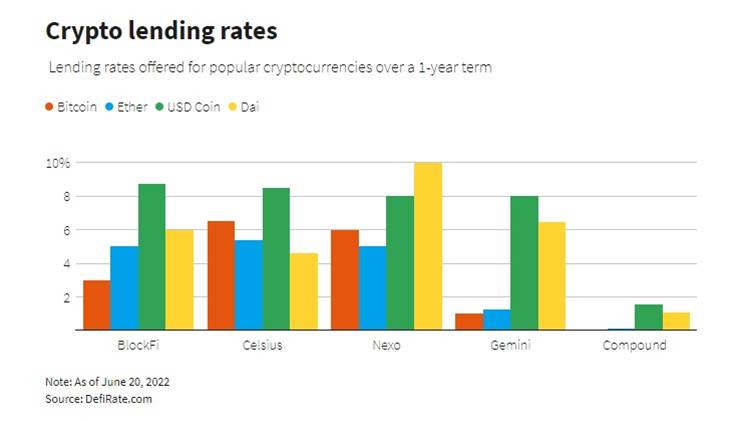 DeFi is also being used as an alternative form of funding for emerging technology projects. As Digital Nation reported earlier this year,

Backed by lead investor a16z crypto, as well as through the sale of its carbon-backed token with participants including Fifth Wall, Box Group and the Celo Foundation the organisation allows project developers to access a marketplace of carbon credit buyers on the blockchain.

AT the time of the announcement Flowcarbon revealed a long-term partnership with leading Defi platform Centrifuge to unlock carbon project finance and scale the voluntary carbon market (VCM).

Change in the weather

But as crypto markets tumble, DeFi activity is being hit particularly hard, robbing lenders of their most lucrative returns and threatening to squeeze the whole sector - reaching far beyond Celsius Network, which grabbed the headlines last week when it froze withdrawals and transfers.

The total value locked (TVL) on ethereum, a metric that attempts to track the value of tokens deposited in a variety of DeFi protocols, has declined by $124 billion or 60% over the last six weeks, according to data provider Glassnode.

The crash has occurred in two large crypto slices, $94 billion lost during the collapse of the LUNA project - involving failed stablecoin TerraUSD - and another $30 billion in mid-June, said Glassnode, which attributed the falls to diminishing risk appetite.

"The current market conditions have put an enormous amount of pressure on operators that interact with decentralized finance protocols to generate their yield," said Mauricio Di Bartolomeo, co-founder and chief strategy officer of crypto lender Ledn.

Some DeFi protocols, or projects, are starting to offer lower returns, with average lending and borrowing rates at one platform, Compound, down on the week across all but one cryptocurrency, the stablecoin Pax Dollar, Macrohive found.

In a further sign of the slowdown, ether - the token that underpins the ethereum network on which many DeFi protocols operate - last week dropped to its lowest level against larger peer bitcoin in 14 months

Versus the dollar, bitcoin has fallen 34% so far in June, while ether has lost over 40%.

The turmoil in this higher yielding part of the crypto market raises questions about the sustainability of the high interest rates crypto lenders offer to their customers, often in double digits.

Some market players say crypto lenders should make clients aware of the risks of projects their money is pumped into.

New Jersey-based Celsius, with over $11 billion of assets on its platform, cited market volatility when it suspended redemptions last week. A data trawl shows that it was invested in several DeFi projects that ran into difficulties.

"The DeFi market will no doubt suffer from this development because it also deals with cryptocurrencies and people will be more wary than ever about investing their assets in what they perceive as similar ecosystems," said Yubo Ruan, founder and CEO of Parallel Finance, a decentralized lending protocol.

Ruan said if projects "promise rewards that sound too good to be true – there's always a chance that they are".