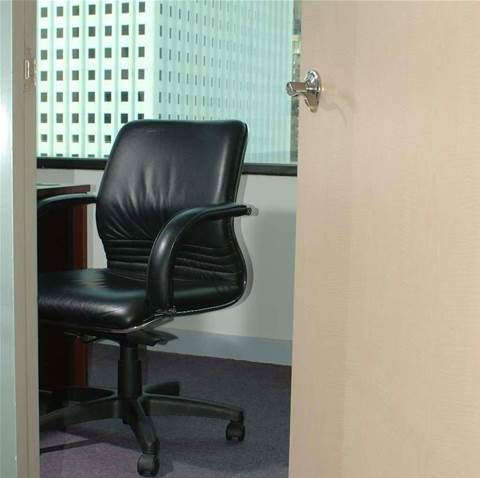 Last year websites, newspapers and business magazines were bombarding us with stories about the Great Resignation. COVID and a generalised pandemic ennui would send us all rushing for the exit after a collective life-reassessment.

The problem however is that the Great Resignation is everywhere but in the statistics.

According to Bob Olivier, director of HRO2 Research who has studied the numbers, "The simple conclusion remains that there is still no authoritative data to suggest that the Great Resignation either has occurred or is about to occur in Australia."

The latest figures from the Australian Bureau of Statistics reveal the resignation rate through last year remained remarkably stable, at least in terms of the reasons businesses give the ABS for why they have vacancies. 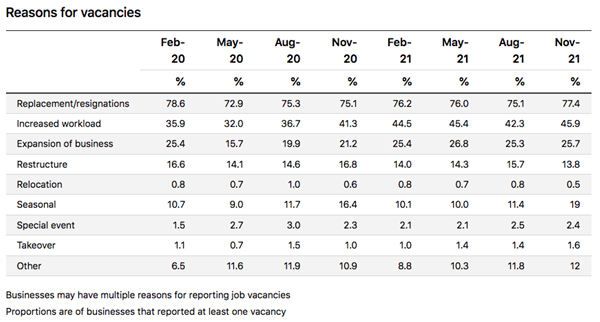 Indeed, as the chart demonstrates, resignations and replacements were higher in the February numbers than in the November results.

And this is not just an Australian experience. The Economist looked for evidence at the end of last year and came to the same conclusion.

What is less in dispute is that there are pockets of extreme stress in the employment market, especially with regards to technology roles.

As Bridget Gray wrote in a column for Digital Nation Australia in November, "We are seeing salary uplifts of between 20 per cent – 30 per cent and upwards in these demand tech and digital skill job families. Although not commonplace, we have also seen relatively early-career technologists in areas like development and cloud being offered 50 per cent increases and sign ons."

LIkewise, a survey of senior executives across APAC by investment business Northridge Partners in December reported that "Technology employment markets were already strong in late 2019, with the arrival of COVID-19 creating a perfect storm. Borders closed, stymieing skilled migration, as employees switched to working from home — loosening the cultural ties that bind them to their companies — and, most importantly, digitalisation massively accelerated."

According to Northridge Partners, "That, in turn, drove unprecedented demand for specific tech skill sets that remains unfulfilled today and is creating headaches in HR departments the world over."

Apparently though, simply having jobs on offer and a cheque book to wave at candidates is not a guarantee they will jump.