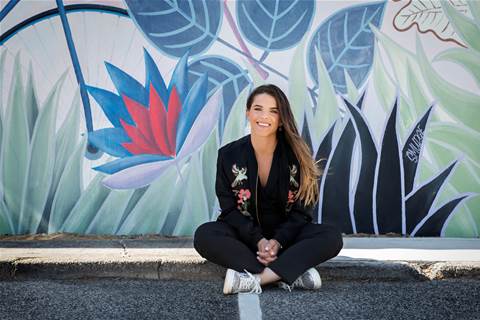 Perth-based visual logistics startup SpaceDraft has secured $1.5m in a Seed+ round, taking its total funding to $2.7m in three years.

Already a success in the education and resources sectors, SpaceDraft enables people to visually understand how objects, space and time can interact. With the software, users are able to create and plan projects in 2D, 3D and 4D with incredible accuracy on a digital, shareable canvas.

Evolving from its initial purpose as a planning tool, SpaceDraft is now in several sectors (including gaming, edutech, events, resources, transport and logistics) helping teams to better collaborate and communicate.

Its applications extend from classroom learning to gaming production and wedding planning, mining site coordination and even emergency service responses.

Founded in 2016 by film production veteran Lucy Cooke, the creative planning tool was born from her time in Hollywood’s visual effects industry.

“Despite having lots of resources at their fingertips, I watched directors and actors plot out scenes with toy cars and figurines. It sparked an idea to build a simple platform that could help anyone simulate any situation instantly,” Cooke said.

“I thought if I could show how characters could interact with space over time, significant time and money could be saved. What I didn’t realise was how significant this need was across many industries.”

The software has had tens of thousands of users since its launch. Current partners include Curtin University, Alcoa Corporation, Fugro, Landgate and a number of leading independent schools.

She said, "My goal from day one has been to tell and show stories; to bring to life the who, what, when, where, why and how. Since then, we’ve gone from strength to strength — particularly in the edutech space. We work closely with a number of schools and their students to help them play out their imaginations.

“They’re using our software to design video games, plan their major works and to challenge their spatial awareness. That’s then transferring to university where students are again using SpaceDraft to virtually communicate their ideas — from how to navigate a submarine to designing hospital evacuation plans."

Tim Haggett, Founder of WA health network Apollo Health said, “To make a startup succeed the founder must have persistence, tenacity and a level of courage rarely found. Lucy is that one-in-a-million founder – she has the vision and the determination needed to make SpaceDraft a true game-changer.”

Grant Grosser, Director at SBG Investment Trust, said “While the product is important, I believe it’s a founder’s passion, drive and willingness to see things through that really defines the success of a startup. Lucy has this in spades. She is a very big part of why we decided to invest in SpaceDraft — her vision, authenticity and belief in what she’s out to achieve is unparalleled."