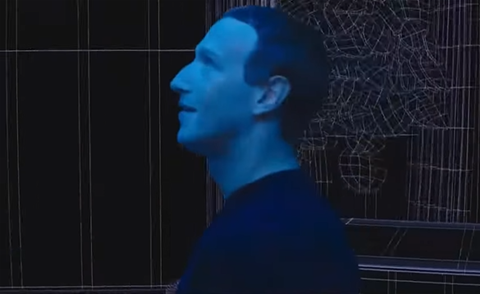 Facebook has taken a leaf out of the playbook scripted by Google — a company it is accused of colluding with in the adtech space —  and created a mothership brand called Meta.

Actually, this is more like Facebook with Google characteristics to bastardise the famous observation by Deng Xiaoping, Paramount Leader of the People's Republic of China from 1978-1989.

It differs however in that this is less about investors.

As described on the newly minted Meta company blog, "Our corporate structure is not changing, however, how we report on our financials will. Starting with our results for the fourth quarter of 2021, we plan to report on two operating segments: Family of Apps and Reality Labs. We also intend to start trading under the new stock ticker we have reserved, MVRS, on December 1. Today’s announcement does not affect how we use or share data."

The news, which was heralded well in advance was announced this morning.

Describing the future of online as a "more immersive and embodied Internet where you're in the experience not just looking at it," founder and CEO Mark Zuckerberg boasted "you're gonna be able to do almost anything you can imagine."

According to Zuckerberg, people will be able to "get together with friends and family work, learn, play, shop, create, as well as entirely new categories that don't really fit how we think about computers or phones today."

He said the Metaverse will be the successor to the mobile web. "We will be able to feel present like we are right there with people no matter how far apart we are."

Describing an "embodied internet" he said, "Instead of looking at a screen and you're going to be in these experiences. Everything we do online today, connecting socially, entertainment, games, work, it's going to be more natural and vivid. This isn't about spending more time on screens. It's about making the time that we already spend to better."

He made the announcement at Facebook's annual AR/VR conference.

The Facebook brand has been smashed in recent years, so the rebrand creates a hair's breadth distance between institutional investors — some of whom have impact investing mandates, and the worst behavioural excess of Meta's core asset — Facebook.

assured his audience, "Our apps and their brands, they are not changing."