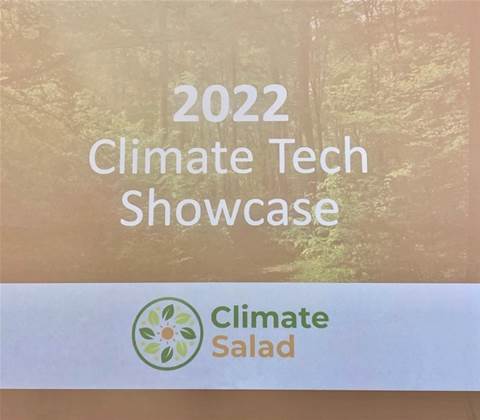 At the forefront of the innovation ecosystem is climatetech, with startups and entrepreneurs scaling their mission to solve climate change using digital technologies.

Climate Salad is a climatetech network, bringing together entrepreneurs, investors, mentors, scientists and advocates. Liubinskas started the network as a slack channel just 8 months ago, which morphed into a blog and eventually became a members-based organisation with over a billion dollars of capital available for climatetech.

According to Liubinskas, in December the organisation had 95 members and 45 investors and has been doubling in size every four months, now reaching a total of 210 members.

“The whole goal of Climate Salad is basically to be a network of climatetech entrepreneurs, and to help them build climatetech solutions at scale. And we do it by helping them build a team, get customers and raise capital,” he said.

“We've had good support from corporates and governments, some universities and a lot of the venture firms, but probably about 85 percent of the members work for climatetech companies across all the ranges. So ag, food, energy, transport, building materials, finance, late stage, early stage, we've got a real mix.”

At the Global Entrepreneurship Congress in Riyadh last week, Thomas Gooch, CEO of the Office of Planetary Observations and one of the founding members of Climate Salad told Digital Nation Australia that the network is critical in promoting the climate tech community in Australia.

“It's aggregating climate tech companies under Mick’s umbrella of leadership from a venture capital perspective, and really educating start-ups in the climate tech community around how to approach VCs, and how to launch an investment round,” said Gooch.

At the Climate Tech Showcase last night, around 20 founders gave their elevator pitch to the members and investors in the room.

According to Liubinskas, what the angels and venture capitalists are looking for is a commitment to growth over time.

“The main thing is, don't tell me the financial details or don't try to put 100 things into a one minute pitch. Basically, tell me why you're going to pursue this and why it’s your life's work,” said Liubinskas.

Since Climate Salad started, the network has seen about a dozen hires, 45 customer introductions and 14 investor introductions that have turned into capital, he said. The organisation’s goal is to help 1000 companies by 2030.

“What gives me hope around Climate Salad is all these companies here tonight pursuing hundreds of different solutions, we need to invest in them now so they’re awesome in five, ten years’ time,” he said.

“We can't wait. We can't let this grow organically. We've got to do it aggressively. And that's why we're pushing so hard.”

I have read and accept the privacy policy and terms and conditions and by submitting my email address I agree to receive the Digital Nation newsletter and receive special offers on behalf of Digital Nation, nextmedia and its valued partners. We will not share your details with third parties.
© Digital Nation
Tags:
climate saladclimate techinnovationsustainability
By Velvet-Belle Templeman
Apr 7 2022
1:34PM