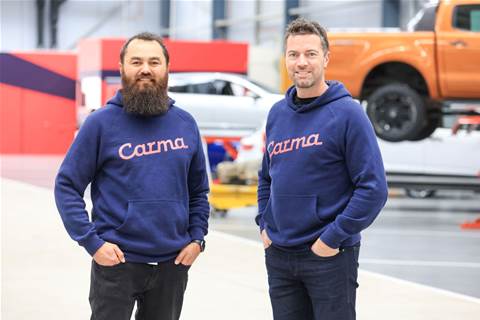 This raise will help the platform expand operations, inventory and its staff. The company a

Carma previously secured the largest seed round in Australian history, with $28m from Tiger Global in March 2021. The company has now raised over $100m in funding.

The Series A capital raise will accelerate its expansion, including building the Carma team, growing used car inventory and establishing reconditioning operations in Melbourne and Brisbane.

Joining Carma’s Series A round are several venture capital firms and a number of influential individual investors. Alongside the follow-on from Tiger Global, Carma welcomes lead investor General Catalyst, another global proponent of the online used car business model having been an early backer of Vroom, Cazoo, and Spinny, and an investor in Kavak.

General Catalyst has also previously invested in Australian success stories including Canva, BigCommerce and Buildkite. Managing Director of General Catalyst, Adam Valkin, will take a seat on the Carma board.

Lachlan MacGregor, co-founder and CEO at Carma said, “We are extremely proud of what we have built at Carma. We have a world-class team, an industry-leading used car reconditioning facility in Sydney, and a bespoke customer-centric platform, all supporting our end-to-end digital purchase process.

“This investment will allow us to accelerate our expansion interstate and continue to develop our platform, transforming the way Australians buy cars. To know that some of the most high-profile international investors with experience in this space have identified Carma as the player to back in Australia is incredibly gratifying.”

Adam Valkin, managing director at General Catalyst said, “Online used car buying platforms are fundamentally improving the customer experience associated with buying and selling cars globally. We are confident that Carma will have a similar impact in Australia.”

Other international venture investors joining the round include Entrée Capital and Avenir Growth, who have backed online used car portals in Europe and India. Australian investors include Five V Capital and family office Terrace Tower Group.