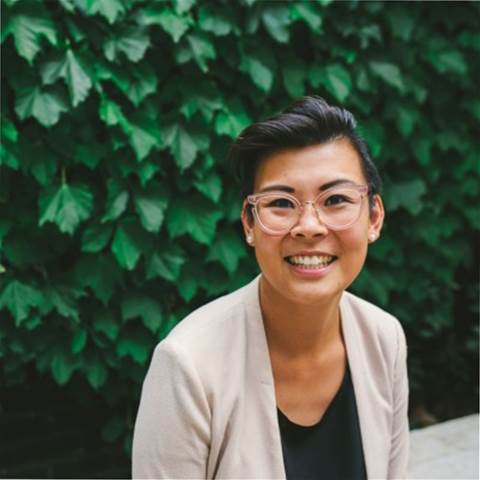 Rachel Yang, partner at Giant Leap spoke at the recent Climate Tech Showcase in Melbourne, hosted by Climate Salad, highlighting some of the climatetech companies that the impact fund has invested in.

Giant Leap invests across three themes: health and wellbeing, sustainable living and empowering people, and since its inception in 2016 it has made investments in over 20 portfolio companies.

According to Yang, “We're tracking alongside top performing funds, top quartile funds, and so we have been able to really prove out that we can solve social and environmental problems and generate a return.

“There's a lot of things we can do to reduce our emissions, but we do need to act and we need to invest. And the thing is, investing now is going to cost us a lot less than trying to reverse the damage.”

One of the climate tech companies that Giant Leap has invested in is Goterra, which is using the unconventional method of tackling waste using maggots.

“They divert landfill away by using maggots to consume the waste, and then the maggots get turned into livestock feed. So, its closed-loop, no carbon emissions, basically changing the way that we've done things since the dawn of time. No more throwing waste into a big dirty hole,” she said.

Another portfolio company that she highlighted is Amber Electric, which allows customers to automatically use electricity at times that the grid is powered by renewables, and is more affordable.

“They're an electricity retailer that gives you access to the wholesale price of your electricity. And what that means is you're encouraged to use electricity when it's not only greener, but cheaper,” said Yang.

A start-up backed by Giant Leap that raised a record-breaking $15.3 million during its seed investment round this year is Change Foods. The company creates animal-free cheese products using precision fermentation technology, to produce the protein casein, found in dairy.

“They create cheese without cows. So, there's no need for the land, the water usage, the cows that produce a lot of methane. Basically, it's cheese grown in a lab.”

The latest Intergovernmental Panel on Climate Change (IPCC) report revealed that global emissions need to be halved by 2030 to stay within 1.5 degrees Celsius of global warming.

“There is a viable path. Now a lot of that has to do with clean tech solutions and innovations,” said Yang.

I have read and accept the privacy policy and terms and conditions and by submitting my email address I agree to receive the Digital Nation newsletter and receive special offers on behalf of Digital Nation, nextmedia and its valued partners. We will not share your details with third parties.
© Digital Nation
Tags:
amber electricchange foodsclimate techgiant leapgoterraimpact investmentventure capital
By Velvet-Belle Templeman
Apr 19 2022
7:00AM