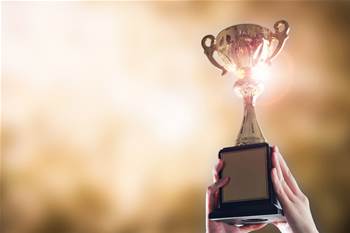 [Blog post] Get the recognition your IT project deserves.

The iTnews Benchmark Awards are back for another year to celebrate Australia’s biggest IT success stories.

Over the past year, many of these successes have been on show at all the major technology conferences worldwide.

It’s clear that Australian IT is considered to be at the forefront of major technology deployments, pushing the boundaries with their transformation journeys and setting new benchmarks for the ‘art of the possible’.

It is those initiatives that the iTnews Benchmark Awards recognises each and every year.

We want to hear about the best IT projects across Australia's industries, including government, finance, education, healthcare, consumer, industrial, media, and utilities.

This year, for the first time, we will be breaking out media and local government achievements separately from their previous categories.

In addition, a new “Emerging Technologies” award will celebrate the organisation that best uses new technology. The confluence of artificial intelligence, blockchain, and the internet of things is one example of how emerging technologies are helping Australian businesses change the game.

We will also be awarding our Rising Star award for the up-and-comers and unsung heroes of the IT industry for just the second time.

This year we are also pleased to announce the awards will be powered by KPMG, which will host the ceremony at its Barangaroo offices in Sydney on March 7th, 2019.

Entries for the 2018 Benchmark Awards are open from today and will run until November 14. You can submit your entries online.