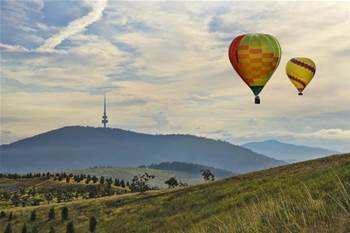 When the Digital Transformation Office’s inaugural chief Paul Shetler pulled the pin on his high profile public sector career, it was in the midst of growing resistance across federal agencies to reforms that many public servants felt were too radical, too fast and too hard.

After a bold, brash and sometimes abrasive entry into Canberra’s labyrinthine bureaucracy, the Turnbull government learned the hard way that to get things done, you can’t realistically fight all of the mandarins all of the time.

Shetler’s falling out with his federal masters over the strategic direction and execution of much needed public sector technology and service delivery reforms through the DTO and DTA are now well documented, with the passionate advocate still occasionally offering some free advice.

Yet Shetler’s first conspicuous public collision was not with the federal bureaucracy (who had been warned from the very top to play nicely with the new agile agency chief); it was with now New South Wales Treasurer Dominic Perrottet.

On a chilly July morning in Sydney’s Darling Harbour in 2015, Shetler had just delivered his first major stump speech, a motivational battle cry to a room packed with government tech suppliers, policy wonks and curious bureaucrats.

It was the day of the great digital transformation game plan reveal and people were pumped.

Yet less than ten minutes after Shetler sketched his vision splendid of a ‘no wrong door’ digital interface for government services, Perrottet revealed NSW wasn’t about to wait for Canberra on the path a digital identity credential for customers to enable more centralised services.

It wasn't a deliberate let down, but it was a jarring moment. States wait for the Feds at their peril.

For the Canberra watchers in the room, the news that NSW was pursuing its own multi-agency online credential threatened a repeat of the infamous ‘rail gauges’ scenario, when ostensibly interconnecting networks failed to materialise because of disparate standards.

It's hardly a secret NSW hard heads simply don't rate either customer service or train travel in Canberra. (A trip to Canberra's emaciated railway station, essentially operated by NSW railways, is worth the visit.)

Somewhat surprised, Shetler deftly recovered and offered an olive branch by observing that a federated digital identity model can have more than one standard. But he’s also just learned Australia’s biggest state is arguably streaks ahead of Canberra on the reform path and won’t be lectured to.

And from this point, Canberra’s troubled digital identity journey has continued to grind on, the path complicated in part by the ambitions of Australia Post to become a key broker and facilitator.

Emboldened by an election victory that has left Labor and its criticisms of myGov, the DTA and government tech and customer service reform temporarily impotent, the Prime Minister of small miracles conspicuously raided the NSW policy playbook for delivery models proven to work.

To battle-weary federal ministers hammered by persistently hostile committees and weaponised inquiries into tech flops and failures, the friendly, efficient, joined-up omnichannel one stop shop  of Service NSW must look positively utopian; especially if compared to Canberra’s problems with the NDIS, child support and robodebt.

Then there’s the ongoing privacy row over MyHealthRecord, not to mention the land grab for new compulsive and intrusive and powers prosecuted by security agencies that have large sections of the local tech sector offside, namely the ones that sell outside of Australia.

It’s not really a secret that ScoMo is on the hunt for someone who can help agencies help themselves when it comes to tech execution. The two big questions are who, and from where.

Dynamism vs dynasty... or how to avoid trauma in talent transfusion

No matter which side of politics is in power, there is a universal understanding that if you can’t get the most of the mandarins on side change-making experiments like the DTA will burn bright and then falter, smothered by the deadly mix of outward public support and fierce internal resistance.

External challengers and change agents are routinely fettered, managed-up and then guided down morale-sapping rabbit holes that pit ministerial self-preservation against “courageous” vision.

The question for both Morrison and Australian Public Service chief Martin Parkinson is how to borrow the key parts of Service NSW playbook but still convince Canberra to come along for the reformist ride.

A key part of the NSW reinvigoration has been to hire in proven executive change agents from outside government. Mike Pratt who runs NSW Treasury was previously the state’s Customer Service Commissioner after a career in banking.

Ditto Pratt’s predecessor Rob Whitfield, who also traded banking for the public good and was handpicked by Mike Baird, who, like Whitfield, has returned to banking.

(Baird is now chief customer officer at NAB while Whitfield is now on the board of CBA, bringing 30 years of experience at Westpac with him).

Prior to Perrottet ascending to Treasurer, the young and highly pragmatic reformer cut his tech and customer service teeth at what, until very recently, was the Finance, Services and Innovation portfolio that catapulted the NSW public service out of its moribund malaise.

Post-election, that agency has been ‘mogged’ as they say, with Glenn King sent back from Premier and Cabinet’s pet projects unit (nudge, Premier’s priorities et al) to lead Customer Service.

The shift has left the highly respected incumbent DFSI Secretary and digital veteran Martin Hoffman enviably unencumbered to chart his next career chapter in state or federal jurisdictions or to return to the private sector.

Hoffman, shifted to NSW in 2015 as head of DFSI after a stint in the federal sphere where he was Deputy Secretary of the Department of Industry and Science from 2010.

That role followed an obligatory tour of duty cutting his teeth at Prime Minister and Cabinet cutting after running NineMSN and senior positions at Fairfax, which has since merged with Nine.

Hoffman had been fancied as a potential chief of the DTO, but was instead snapped-up by Mike Baird.

A return to Canberra would for him would be far from illogical, especially if some of the NSW customer service secret sauce recipe comes along for the ride.

The DTA’s current chief, Randall Brugeaud was urgently pressed into taking over the DTA and keeping it on an even keel after two outsiders, Shetler and former NAB CIO Gavin Slater arguably struggled to gain sufficient traction amid a highly volatile political backdrop that absorbed ministerial energy and attention.

Brugeaud had been groomed to instigate a major tech transformation of the Australian Bureau of Statistics, a pivotal once-in-generation job deleteriously subsumed by distractions at the DTA as well as political leadership ructions.

Morrison, a confirmed addict of graphs, charts and data props as Treasurer will be acutely aware of the need to extract solid data in government, especially after the conspicuous failure of opinion polls to gauge public sentiment.

The ABS’ reform agenda to propel it fully into the digital age, especially around sourcing and exploitation of data, remains largely unfinished business, although some effort is being made.

The re-election of the Coalition will also give the Canberra bureaucracy a degree of flexibility and continuity it may not have anticipated had Labor won. It will could provide opportunity for more structured rather than sudden renewal, though that’s a double-edged sword.

Whatever shape Services Australia takes, Hoffman and Brugeaud have bright futures ahead of them.

And as NSW has learned, a little cross pollination in the public sector – applied adroitly – isn’t always such bad thing.