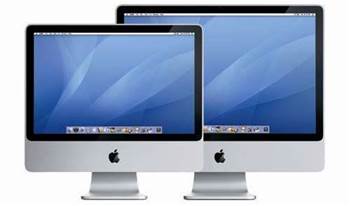 Two months after game maker Electronic Arts promised to increase its development efforts for OS X, Mac users are still waiting to get in the game.

They specifically mentioned the launch of Madden NFL 08. But as the game went on sale on Tuesday, no OS X version was to be found. Today's launch did see the introduction of versions for Playstation 3, Xbox 360, Wii, Playstation 2, Xbox, PSP, GameCube and Windows.

EA's website, however, made no mention of an OS X version. Neither did Apple's online store made.

The (American) football game is among the top gaming franchises of all time. Last year's release was the top selling game of 2006, moving more than 2.3 million copies according to analyst firm NPD Group.

The limited supply of games for the Mac is one of the platform's traditional weaknesses because it forces gaming enthusiasts to use Windows machines. The EA endorsement, as well as one by gaming developer ID Soft, at this year's WWDC was seen as a big step towards increasing the software's appeal with mainstream consumers.

Mac users meanwhile are venting their frustration about EA's broken promise online. At gaming site Inside Mac Games, fumed about delays with other EA titles including Battlefield 2142 and Harry Potter and the Order of the Phoenix, which had been slated for a July release.

"Although I'm sure that the delays in shipping EA's new Mac titles are due to development issues, the lack of communication from EA is, well, frustrating," wrote Inside Mac Games blogger Tuncer Deniz.

"The Mac, especially to EA's internal departments, I'm sure is regarded as more of a nuisance than anything else."

Got a news tip for our journalists? Share it with us anonymously here.
Copyright ©v3.co.uk
Tags:
delayseaforgamesossoftwarex