Drones to stop SA farmers being hounded by wild dogs 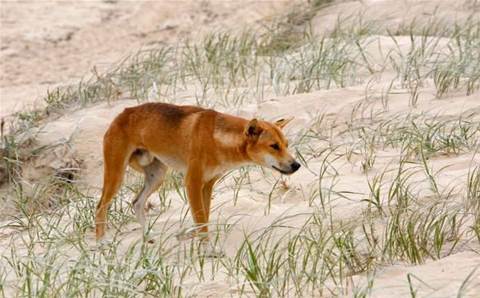 The South Australian government will trial the use of unmanned aerial vehicles (UAVs) as part of a strategy aimed at reducing the impact of wild dogs and other pests in agricultural areas.

The announcement was made ahead of the state budget. The trial will be funded as part of a $375,000 grant from the federal government.

The pilot program is being overseen by University of Adelaide associate professor Lian Pin Koh, deputy director of the university’s Conservation Science and Technology program and director of its Unmanned Research Aircraft Facility (URAF).

“In this project, we’re working with PIR [the South Australian Department of Primary Industries and Resources] to explore the use of UAVs to monitor the dingo fence in South Australia. This trial will examine if it’s possible to do, and also whether it’s more cost effective than having people on the ground in vehichles,” Koh said.

“The project will start in July and run for one year. In the early stage, we will collect information about the dog fence from people on the ground in order to understand their needs, and then in November we’ll start developing the equipment and methodology.”

Koh said the project will be carried out in-house by the University of Adelaide through its own URAF facility, which has six qualified pilots, rather than being outsourced to a commercial operator.

“The initial plan is to assess the cost effectiveness of the program and creating a detailed report about it. If it’s successful, we will then have another conversation with PIR about rolling out this technology to other agricultural areas both in the state and interstate.”

In a statement, South Australian Agriculture Minister Leon Bignell said the use of drones to inspect fences will save time, money and effort over traditional methods.

“Feral animals and pests like wild dogs destroy infrastructure and livestock and their numbers are growing as they move further south across pastoral lands," Bignell said.

“While current programs to address drought-related pests have been well received, wild dogs remain a big issue for our farmers.”

The trial comes as interest grows in the potential use of drones in agriculture, both among farmers and in government departments overseeing the sector.

Queensland’s Department of Natural Resources and Mines trialled the use of Yamaha RMAX drones coupled with satellite imagery to tackle high-density weed infestations in 2013.

The CSIRO has also tested drones in a bid to control infestations of the highly invasive "purple plague" weed as part of the $7 million Project ResQu program, set up by the Queensland University of Technology's Australian Research Centre for Aerospace Automation (ARCAA).

Despite the many potential uses of aerial surveillance in sectors such as agriculture for monitoring and pest control, and the stringent existing licencing requirements in place for commercial UAV operators, privacy concerns have led to calls for tougher regulations.

Earlier this month, Australia’s Civil Aviation Safety Authority announced it was preparing to relax restrictions on the use of small drones by commercial operators.