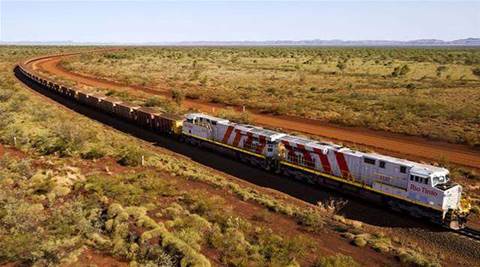 Not yet automatic for the people.

The mining giant on Tuesday launched a fresh push to bolster research and regulatory efforts around the nascent sector, arguing in a new report far more needs to be done to convince the public autonomous transport is safer and more sustainable for it to be accepted and thrive.

The release of the report in the run-up to the federal election puts the blue chip’s views and research on the record in terms of what it feels needs to happen next, irrespective of who wins the national ballot.

Dubbed “Humans and travel: Can we go further, faster, with less impact?” the paper argues that policymakers and planners need to be calling out the demonstrable track record of using automation to create safer and more sustainable mines and give companies like Rio Tinto a voice in the discussion.

The release of the 24 page think piece shows that key blue chip investors in robotics and automation research and development are concerned Australia’s adoption of the technology, which Rio regards as a key export opportunity, is losing momentum because a lack of sustained focus and coordination.

“We operate more than 200 locomotives on more than 1,700 kilometres of privately owned track in the Pilbara, transporting ore from our 16 mines to four port terminals. Each autonomous train comprises two or three locomotives and some 240 ore cars making them each 2.4km long,” Rio Tinto group executive Growth & Innovation, Steve McIntosh said.

“We’ve dealt with speeds, collision avoidance, obstruction, level crossings, complexities of weather and terrain. This lays a solid foundation for their use in everyday life.”

“We are growing in number, yet we expect to be able to travel when and where we want at a reasonable price,” Farrell said.

“Regulators, policymakers, engineers and businesses need to share knowledge and work to create an environment in which new technology can function properly and sustainably.”

The Rio paper specifically addresses the question of whether there is growing public division on the benefits or detriment of greater levels of automation, citing research commissioned by company that found that “in Australia, the public ranks the development of autonomous or driverless vehicles extremely low in terms of transport priorities.”

“In fact, 40 per cent say it is 'not a priority at all'. Just over half of people say driverless cars will never address their concerns about safety,” Rio said, citing its recent “Future of Travel” survey.

Rio’s paper goes on to argue that the rollout of a new national satellite positioning system by Geoscience Australia “which will improve GPS accuracy to within 10 centimetres compared to the five to 10 metres” will make a big difference.

Rio also argues that the growing use of electrically powered vehicles and a shift in the transport energy mix will require a sharper focus on the development of new materials and resources markets.

It also warns that without greater automation of technologies like air traffic control systems the sector could struggle to process an increase in air traffic resulting in longer travel time and less efficient airports and fuel usage.

Rio’s report quotes Airservices Australia’s chief executive officer Jason Harfield as cautioning that if foundations are not put in place now, the will be serious ramifications for industry down the track.

“The current flight time between Sydney and Melbourne is an hour and a half, so we don’t think twice about a day trip. If that flight time increases because we can’t land the increased number of planes, people won’t do it,” Harfield said.