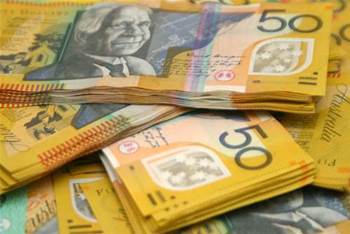 Most of the evidence levelled against the NSW Police was presented before the court in mid-2011, with the key KPMG audit released to the parties in early 2012.

While he has the utmost respect for uniformed NSW Police, Craig was bitterly disappointed the office that runs it was prepared to engage in such a long and costly battle.

He laments that the NSW Government ever agreed to fight the case in court, and further feels the case could have been wound up faster – and at lower cost – should the NSW Police or other senior stakeholders appeared at the hearings, rather than leaving all the work to their lawyers.

(The law firms, incidentally, were arguably two of the best Intellectual Property firms in the business – Clayton Utz and Gilbert and Tobin. The total cost of 18 months of litigation could have totalled as much as $2 million - $4 million).

“The State Government, as I understand it, is supposed to act as a model litigant – to behave in a way that is beyond reproach,” Craig said. “It was disappointing that we didn’t see that in their behaviour during this case.

“The NSW Police was keen to bat this out all the way and they have every right to defend themselves. But this is what is truly disappointing – beyond my motives as a Micro Focus employee and more so as a taxpayer — was the lack of oversight of the case by the NSW Government.

“There was no oversight outside of the lawyers they hired. Not a single representative of the NSW Police attended these hearings.

“If you rely only on lawyers to report how well they did in court, I expect you’ll get a biased point of view. The purpose of being a lawyer is to bill, not to win.

"The cost to the taxpayer was much more than it should have been should the Police have attended. Where was the oversight to ensure the State’s money was being spent wisely?”

A spokesperson for the NSW Attorney General said that the Government considers itself "in the final stages of the case" and thus won't comment until the ink has well and truly dried.