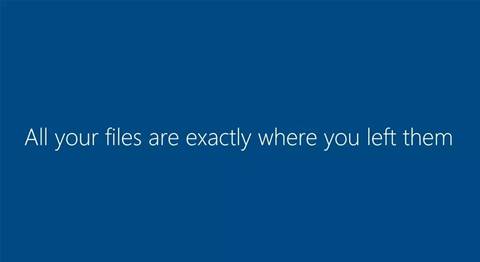 Microsoft has halted distribution of Windows 10 version 1809 - aka the October Update - after  subset of users reported their files on their computers disappeared after upgrading.

The company issued a terse statement acknowledging the problem, but provided little detail on what's causing it, or what users can do to restore the files that are not moved to the Windows Recycling Bin for easy retrieval.

On Reddit, upgraders posted that files were being deleted from the Documents, Pictures and Downloads folders, where user data is stored in Windows 10. For now, it appears only files under the C:\Users top-level directory are deleted.

Others said users on domain-joined computers lost their entire profiles.

One poster suggested that it's the Disk Cleanup tool, used to free up storage space by removing temporary and duplicate files, that's to blame.

The issue appears to have been relayed to Microsoft via the Windows 10 Feedback Hub feature months ago, with "tons of reports" being filed by users experiencing data loss.

Microsoft's Windows Server 2019 has also been pulled, although Microsoft has not made an official statement to that effect.

#WindowsInsiders If you've run into the "missing files after update" issue for 1809/October 2018 Fall update, please call our support line. They have the tools to get you back to a good state. This build is no longer available to download manually: https://t.co/Ce9WVILknp pic.twitter.com/fvisQi1c8g