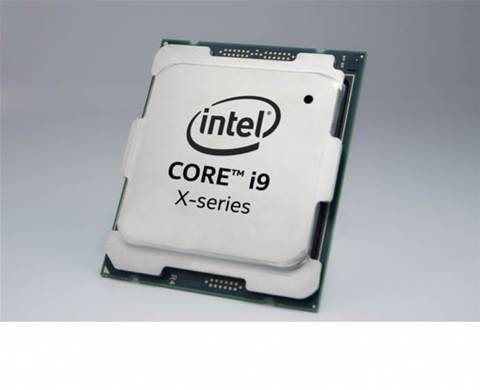 Not all variants nobbled.

Intel has announced new CPUs that it says have mitigated some of the Meltdown and Spectre design flaws that expose users to information leakage attacks.

The company overnight refreshed its desktop, gaming and workstation product lines, but as the table below shows the new products don’t address all of the many variants on the Spectre and Meltdown flaws.

As ever, Intel says the new CPUs are faster than their predecessors and have been tuned for modern tasks like video rendering and will therefore delight end users if they can be bothered upgrading. Most can’t: Intel and Microsoft bemoan the fact that average PC refresh cycles have blown out beyond five years.

Intel hopes the new X-Series processors change that behavior, at least for creative types, by offering between eight and 18 cores, up to 68 PCIe lanes and caches up to 24.75 MB. Everyday clock speeds have reached 3.5GHz, with bursting to 4.5Ghz possible.

New ninth-generation silicon runs even faster: the new gaming flagship i9-9900K hums along at 3.6GHz and can TurboBoost to 5.0GHz to deliver 220 frames-per-second, for those who want their gaming experience to be especially vivid.

Intel has made little fuss about the Spectre and Meltdown fixes in its new silicon, choosing instead to emphasise speed.

The company’s page dedicated to the flaws has not been updated since 14 August 2018, which may be fair enough as live exploits for Spectre and Meltdown have proven elusive.

But it’s also a little odd given that the new range is impressively speedy even after some of the go-faster tricks that Spectre and Meltdown exploit have been addressed.

Just why Intel isn’t pointing out that its new kit is super-fast even after mitigations isn’t clear. Perhaps the fact that many of its other products, and some in the pipeline, retain a known flaw means it is not yet ready to trumpet victory over the twin flaws.