Information Commissioner out as privacy/FOI office shut down 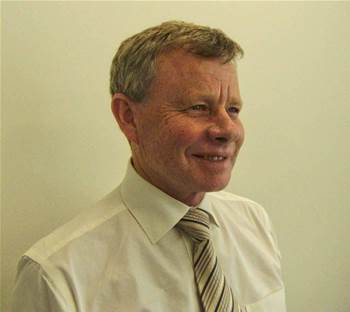 Australian Information Commissioner John McMillian will lose his role leading the OAIC, with the Abbott Government disbanding the peak privacy and FOI authority in the name of budget savings.
McMillan told iTnews that he only heard about the plans to abolish his office a week ago and said he is disappointed with the decision.
The Office of the Australian Information Commissioner is one of dozens of federal entities being dismantled to collectively return $500 million to the budget.
The OAIC runs on a budget of $10.6 million per annum, including 63.3 Commonwealth funded FTE staff and 15.82 funded under MOUs for targeted privacy jobs.
The Office's functions will now be shared between four existing agencies in a move expected to save $10.2m over four years.
The three OAIC chiefs today put out a statement outlining the achievements of the lean agency since it was established in November 2010.
While Privacy Commissioner Timothy Pilgrim and FOI Commissioner James Popple will keep their jobs through the shake-up, McMillian will be out by the end of the year.
Other staff redundancies will also take place.
Privacy functions will continue to be undertaken by the Privacy Commissioner as an independent statutory position within the Australian Human Rights Commission.
The FOI Commissioner, who conducts external merit reviews of FOI decisions, will move into the Administrative Affairs Tribunal alongside the FOI appeal functions.
Responsibility for handling FOI complaints will be bundled into the Commonwealth Ombudsman's office.
The Attorney-General’s Department will take responsibility for the issuance of FOI guidelines, collection of statistics and provision of explanatory material on the operation of the Freedom of Information Act 1982.
Attorney-General George Brandis said the complex and multi-level merits review system for FOI matters had contributed to significant processing delays.
“Simplifying and streamlining FOI review processes by transferring these functions from the OAIC to the AAT will improve administrative efficiencies and reduce the burden on FOI applicants. The AAT will receive a funding boost of $1.8m to assist with the backlog and to better meet acceptable timeframes,” he said in a statement.
The move is likely to increase the cost of appealing an FOI decision.
The OAIC was also in charge of introducing new privacy legislation earlier this year that saw new penalties imposed for serious privacy breaches by Australian organisations. The office was also in charge of investigating the breaches.
It has long worked under lean staffing arrangements, describing in its last annual report its “limited ability to maintain a viable workforce” under budget pressures.
Got a news tip for our journalists? Share it with us anonymously here.