iiTrial: Concerns iiNet could be re-sued even if it wins appeal 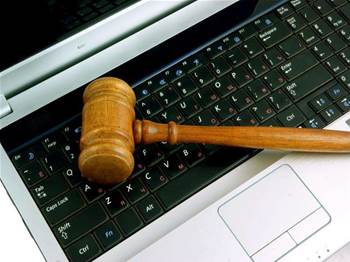 One of three judges presiding over the appeal between the film studios and ISP iiNet over alleged copyright infringement on ISP networks has questioned whether a decision by the full bench of the Federal Court will actually solve anything in the war between the two sides.

Justice Arthur Emmett repeated on multiple occasions on day three of the appeal that the Federal Court might not be the answer to the problem of combating alleged copyright infringement on ISP networks.

"You say you don't like the infringement of copyright and that [rights holders] are just throwing rubbish at us [the notices]," Justice Emmett put to iiNet's senior counsel Richard Cobden.

"Is it just a matter of who bears the cost of dealing with all this?

"It seems to be a continuing problem and that whatever we decide in this case isn't going decide what goes on in the future.

"It just seems to me that out there is a commercial solution and there's nothing we [the Federal Court] can do that will ultimately resolve this problem."

How it came about

ISP iiNet was earlier forced to defend a line of argument on what constituted "reasonable steps" for it to take when faced with copyright notices from the film studios, after fears were expressed by Justice Emmett that the case could repeat itself and reduce the "significance" of the current Federal Court appeal.

Cobden was attempting to explain why iiNet did not act on the copyright notices sent by the Australian Federation Against Copyright Theft (AFACT).

"The question is whether iiNet, by reason of receiving notifications and not doing anything, became an authoriser [of that infringement] because it didn't engage in the graduated steps" that the film industry suggested in court, Cobden said.

"They [AFACT] never asked us to take graduated steps [in the notifications]. They just said 'terminate [the account]' and that's unreasonable."

Cobden went through a series of letters between the internet industry and its peak body, the Internet Industry Association (IIA) and rights holders including AFACT sent in 2007 and 2008.

At least one of the letters indicated AFACT was "unaware of any action" iiNet had taken to combat alleged infringement occuring on its network, including the termination of accounts accused of engaging in film piracy. It alleged, however, that iiNet was "well placed" to deal with AFACT's notices.

Cobden argued that it wasn't a "reasonable step" to expect ISPs to "process, match and develop a database and system to respond to notices that AFACT served", nor to terminate account holders accused of infringing copyright.

He said that iiNet wasn't as "well placed" as the film studios alleged because it could not replicate the process used by the studios' investigators DtecNet without "running the real risk of infringement" itself.

iiNet argued in the original case that DtecNet had breached Australian laws when it downloaded copies of films as part of its investigation - a process iiNet could not engage in to 'fact check' the content of the AFACT notices.

"Where are we going with this?" Justice Arthur Emmett put to Cobden.

"It's going to the demands of what should be done and indicates why it was that the [AFACT] notices were treated the same way as the robot notices," Cobden said.

Justice Emmett put to Cobden that if iiNet was to take victory on the point that AFACT had never outlined a series of reasonable steps that the ISP should take in dealing with its notices, the appeal's significance could be reduced because the film industry could resubmit a fresh batch of infringement claims that included the list of 'graduated steps' - and re-start the legal process over.

Yesterday, Cobden told the court that AFACT's notices were "really no different" to the thousands of robot notices it received from other sources in that there was an "expectation by AFACT and the studios [that] we will do things that are onerous and complicated."

If it was ruled a "reasonable step" for iiNet to action them, Cobden said that the ISP would be obliged to do the same thing for notices from other copyright owners - be they games makers, software distributors, educational bodies or other organisations that Cobden said were also in the practice of sending notices.

"It remains an unreasonable step to expect an ISP in iiNet's position [to act on all these notices] with the expense of doing this and the further complications of [the] system that follows," Cobden said.

"There's a thread running through our submissions that if someone like AFACT suggests we should take reasonable steps, they should at least suggest some particularity [about them].

"Rather than just say we should go about preventing this [alleged infringement] or warning people, they should say 'this is what we had in mind'. It's always been the appellant's case that we had to work out what's reasonable and that we should do it."