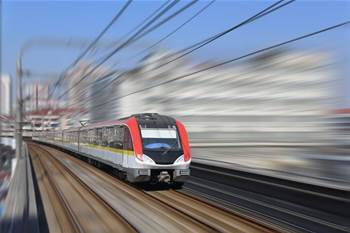 Ongoing trade tensions between the US and China over the expansion of the technology and infrastructure Belt and Road Initiative (BRI) is likely to force state-backed telco suppliers Huawei and ZTE into a round of labor shedding to remain profitable, according to a research note from global analyst firm Fitch Solutions issued this week.

“We expect the largest Chinese players - most notably ZTE and Huawei - will need to reorganise, retrench and scale down their operations in order to remain profitable as their potentially most lucrative markets close their doors,” Fitch Solutions said.

“In January 2019, Huawei founder Ren Zheng fei warned staff that redundancies were on the cards and noted that robust revenue growth was no longer certain as anticipated contracts move out of its reach.”

However the projected pruning of staff numbers will not dilute the influence or market share of the pair in rolling out 5G technology outside of the US and Europe where price sensitive telco purchasers remain unwilling to pay for higher priced kit when cheap credit is available.

“Despite continued US efforts to stem China’s 5G rise, the race to commercialise the new generation communications technology will see Chinese telecoms players Huawei and ZTE play a major role. Both have steadily gained ground over European technology vendors during the deployment of 4G networks,” the note to clients reckons.

“So-far unfounded US allegations of state-sponsored espionage have triggered renewed scrutiny of Chinese-manufactured equipment from many governments worldwide, and we believe the US government will continue leveraging long standing arguments that Chinese tech has the potential to be cyber-weaponised, thereby influencing the buying decisions of its partners around the world,” Fitch said.

“All of the countries connected by China’s ambitious Belt and Road Initiative (BRI) have become highly dependent on low-cost Chinese technology and access to Chinese-supplied credit, and we expect Huawei and ZTE to win substantial orders from central Asian, southeast Asian and African markets, squeezing out European vendors,” Fitch said

The take on European 5G vendors, namely Nokia and Ericsson, is that while they are globally competitive “their relatively expensive offerings will lack appeal in less-developed markets.”

The higher capital requirements of 5G also mean nations pennywise mobile operators will need to “slash costs wherever possible, and one way to do so is to opt for cheaper but proven Chinese equipment,” Fitch said adding that the US “may find that it lacks the requisite leverage to success fully push for a ban on Chinese equipment in these countries.”