Facebook patents solution to predict how rich or poor you are 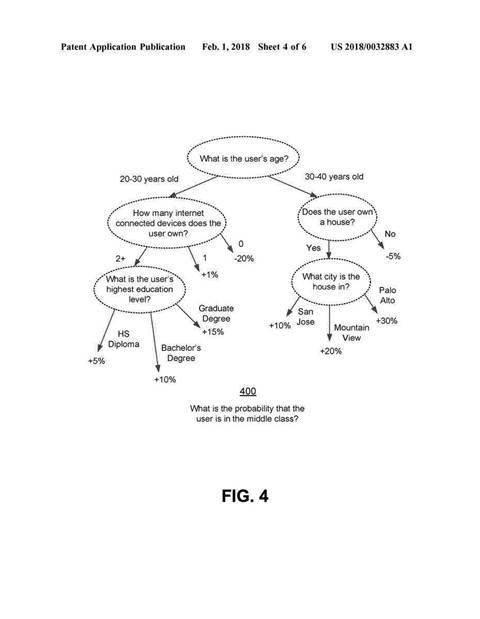 Facebook appears to be developing an "online system" that can algorithmically predict its users' socio-economic status without knowing their incomes.

Such a system would allow Facebook to more accurately target users with content and advertising tailored to their social class, the company said.

According to a patent application filed in the US last July, the system will use classifiers to predict which socio-economic group users belong to.

A multitude of sources will be used for the classifiers, Facebook says.

"The classifiers use models that are trained using features based on global information about a population of users such as demographic information, device ownership, internet usage, household data, and socio-economic status," Facebook's patent application states.

For instance, if a 20-30 year-old user owns more than two internet-connected devices and has a graduate degree, that person is probably middle class, a decision tree illustration in Facebook's patent application shows.

Owning two to five devices is seen as typical of those in the middle class, Facebook believes, where users who own six devices "belong to the upper class".

The patent application said Facebook will train the online system with data from users' profiles and actions on the social network, as well as external sources such as web-based commerce sites that log user behaviour and information.