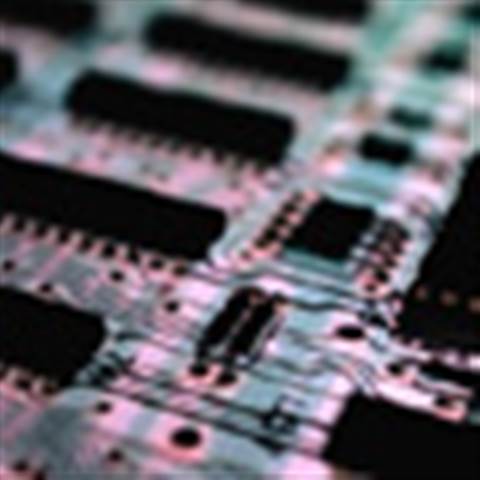 The chips are down for Intel, despite holding onto top spot.

It was business as usual for chip companies in 2006, as Intel topped the list of semiconductor vendors for the 15th year running.

The chip giant held on to its number one vendor spot despite a 9.5 percent decline in revenue.

Overall, it was a bumper year for semiconductor firms as global sales increased by 11.3 percent to reach US$261.4bn, according to preliminary results from Gartner.

Intel also clawed back the initiative in terms of speed in 2006 as it released dual-core and quad-core chips that effectively combine the power of two or four processors into a single chip.

However, PC manufacturer Dell ended its exclusive arrangement with Intel and created systems using AMD's chips for the first time.

AMD also expanded its regular microchip business into the gaming area with the purchase of graphics chip manufacturer ATI.

That buyout helped push AMD into the top 10 semiconductor vendors for the first time, claiming the 10th spot. The US$5.4bn acquisition will see products rolled out to consumers in late 2008.

However, the buyout has sparked an investigation by the US Department of Justice (DoJ), which is looking into antitrust issues in the graphics industry.

In an official statement, AMD said that the DoJ had not made any specific allegations against itself or ATI and that it intended to cooperate with the investigation.

Got a news tip for our journalists? Share it with us anonymously here.
Copyright ©v3.co.uk
Tags:
2006 chip hardware heats in up war